Funeral services for Linda Kay (Hove) Lundak, 63, of Albert Lea, will be held at 11 a.m. Monday at Grace Lutheran Church. Visitation will be from 4 to 7 p.m. Sunday at Bonnerup Funeral home on 2210 East Main Street in Albert Lea. 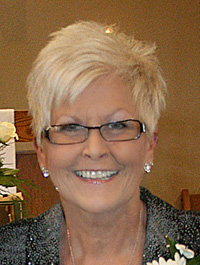 Linda died at home with her family on Friday, Sept. 16, 2011, after a 4 month battle with terminal cancer.

Linda Kay (Hove) Lundak was born on Feb. 6, 1948, to Norman and Irene (Anderson) Hove in Cresco, Iowa. She married David Rudolph Lundak on June 11, 1967, at Orleans Lutheran Church in Ridgeway, Iowa. Dave and Linda moved to Winona in 1967, then to Albert Lea in 1983. She was a member of Grace Lutheran Church in Albert Lea. Linda was a homemaker and was in her element spending time at home with family and friends. She loved traveling to warm vacations spots in the Winter and her favorite season was Spring when she could fill her deck and porch with flowers.

Linda was preceded in death by her parents; Norman and Irene (Anderson) Hove; and her in-laws: Rudolph and Irene (Vopava) Lundak, and her nephew, Kirk John Hove.