Lions group thanks those who helped with bingo at the fair 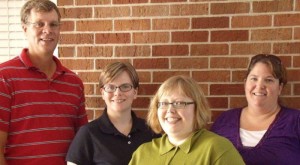