BROWNSDALE — A 45-year-old rural Brownsdale man accused of hitting two squad cars and a deputy with his vehicle was charged in Mower County District Court on Tuesday. 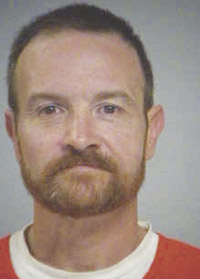 David Allen Strickland faces charges of second-degree assault with a dangerous weapon, fleeing a peace officer in a motor vehicle and refusing to submit to a DWI chemical test. Two of the three charges are felonies.

Sheriff Terese Amazi said a Brownsdale police car and Mower County deputy’s car were parked in the 100 block of Highway 56 in Brownsdale around 1:45 a.m. Saturday morning when Strickland reportedly crashed into the Brownsdale squad car.

Amazi said the squad car then hit the deputy’s car. According to the police report, Strickland’s vehicle ran into the deputy.

The deputy was not injured.

Strickland allegedly fled the scene, driving down Highway 56 at speeds up to 100 mph. The officers whose vehicles had been hit caught up with Strickland about two miles away from the scene of the crash and arrested him.

In court Tuesday, Judge Donald Rysavy set Strickland’s bail at $50,000 without conditions and $20,000 with conditions. Some conditions include daily check-ins with Mower County Corrections, random testing and no alcohol possession or consumption.

As of Tuesday afternoon, Strickland was still in the Mower County Jail. His next court appearance is Sept. 22, when he will enter a plea.