Hollandale son on duty in Afghanistan 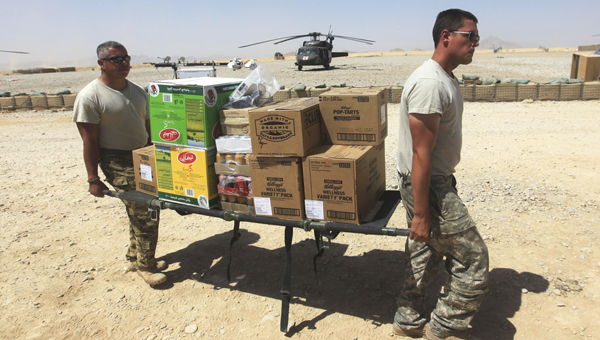 National Guardsmen Adam Muilenburg, of Hollandale, is on his third tour of duty in the military and was recently followed by an Associated Press photographer.

Adam’s parents, Dar and Bob, both of Hollandale, said they were surprised to see his photo in the news.

“It was kind of fun to see him,” Dar said, who hasn’t seen her son since he deployed to Afghanistan in spring 2011.

Adam, 27, is expected to be in Afghanistan for roughly a year, where he is stationed with a flight unit.

Dar is originally from Austin, as is Adam’s grandma, Vlaspa Johnson.