Randy Edward Whelan, 55, of Alden, died Monday, Sept. 12, 2011, at St. Marys Hospital in Rochester. Funeral services will be held Thursday at 10:30 a.m. at St. Casimir Catholic Church in Wells. Visitation will be from 5 to 8 p.m. Wednesday at Bruss-Heitner Funeral Home in Wells, and will continue one hour prior to the service at the church on Thursday. The Rev. Thomas Niehaus will officiate. A private burial will take place at a later date. Bruss-Heitner Funeral Home in Wells is assisting the family with arrangements. 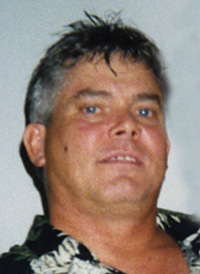 Randy Edward Whelan was born July 20, 1956, in Albert Lea, the son of Thomas E. and Shirley A. (Lawrence) Whelan. He was very involved in track, football and was a state wrestler at Alden-Conger High School, where he graduated with the class of 1976. After graduation, Randy worked at Wells Concrete and Bushlack’s Hog Farm. On Sept. 12, 1980, he was united in marriage to Nancy VanRiper at Round Prairie Church in Twin Lakes. To this union two children were born, and the two later divorced. Randy enjoyed hunting and fishing. Randy especially enjoyed and loved his grandchildren. For the past 10 years he delivered the Albert Lea Tribune to the Wells and Alden areas.

He was preceded in death by his parents and nephew Landon Corson.