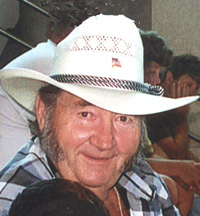 Bob had a zeal for life and enjoyed fishing, playing cards at the Albert Lea Senior Center and socializing with people. He also had a love for the open road as he spent 38 years trucking and it was a true passion for him.

Bob was preceded in death by his parents Martha and Bill Thomas.