Optimism accompanies the beginning of a new school year across Minnesota. Children look forward to new friends and new books, parents appreciate their kids being challenged by their teachers and educators look forward to preparing another class of eager learners for their next step in life. 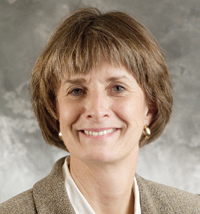 The beginning of this school year did not fully carry that same sense of hope. While teachers were preparing classrooms and parents and students stocked up on school supplies, many found themselves concerned about what was going on outside the classroom — namely, paying the school bills.

Their concern stems from schools being used as a slush fund to balance the state’s budget. Earlier this year in St. Paul, Republicans enacted a beg, borrow and steal budget that mortgages our children’s future by expanding the K-12 funding shift an additional $780 million, making it a total of $2.2 billion. Even worse, there is no plan in place to pay it back.

School leaders are justifiably worried about the stability of school funding. This record increase in the school debt is death by a thousand paper cuts. Gov. Tim Pawlenty and legislative Republicans’ insistence on protecting millionaires and special interests has meant our schools have more kids and fewer resources despite more demands. So while it is the state’s job to worry about the funding, the school’s job is to worry about teaching kids. When the state fails to do its job, students and their schools are in big trouble.

A direct result of borrowing from schools and stagnant funding is the impact of rising property taxes on local taxpayers. Since the Republican budget plan was passed into law in July, over one-third of school districts in the state have proposed asking local property taxpayers to support local levies, and 90 percent of school districts have raised local property taxes to replace state funding. These levies once went for extras — new technology or new investments. Now, this funding is just enough to keep current school support in place.

Minnesotans can agree that school funding has been held flat for far too long. Across the state, schools have been asked to educate more students each year, while not receiving the state funding it costs to teach each child, especially those who cost more, e.g., special education students and those who are learning English.

Minnesota is one of only two states in the nation that is borrowing long-term from our schools, and we are borrowing at twice the rate of our only counterpart — California. Nobody wants to take lessons from California when it comes to state budgeting or education.

Gov. Mark Dayton proposed a first-in-a-decade funding increase for our schools in his original budget. Republicans refused this and five other options that would not have borrowed from our children’s future.

The comparison is stark. The Republicans chose to borrow from our children instead of fiscal responsibility and commitment to Minnesota’s future. This choice is the most glaring example of legislative Republicans’ misplaced priorities; one we should focus on during the first month of school and vow to do much better.