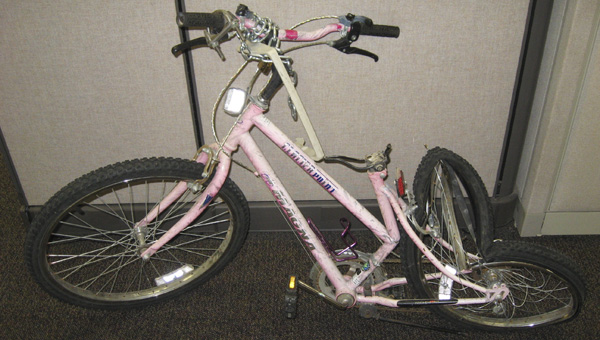 A pink Magna bike was struck at 1 a.m. Sept. 17 in Rochester. Authorities seek the trucker who fled the scene.

Minnesota authorities are seeking the public’s assistance to find a trucker who reportedly struck a bicyclist and fled.

The semi tractor is a 2010 or newer Freightliner Cascadia. The color is unknown. However, we find out more, that the trailer is a cargo box that either white or a light color with lettering.

“Due to the impact with the bicycle the Freightliner is missing the passenger side fog light, and skirting around the fog light and below the bumper,” said an alert from the Bureau of Criminal Apprehension and the Department of Public Safety. “Any remaining skirting will be dark gray in color.”

The hit-and-run crash happened at 1 a.m. Sept. 17 in Rochester. The semi reportedly struck a man, 27-year-old Richard Zwart, riding a bike on northbound U.S. Highway 52 near the junction with Sixth Street Southwest.

The alert states the semi could be a fleet vehicle and was last know to be headed north from the scene, “but may have exited US 52 after the crash.”

Zwart is listed in serious condition at St. Marys Hospital in Rochester.