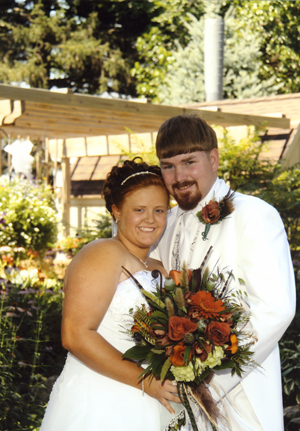 Parents of the bride are Mark and Cindy Meier, of Glenville.

Parents of the groom are David and Sue Eilertson, of Northwood, Iowa.

Maid of honor was Kelli Meier, of Huntsville, Texas. Bridesmaids were Ashley Thompson, of Northwood, Iowa, Taryn Meier, of Humble, Texas, and Jenny Johnson, of Glenville.

Flower girl was Kamryn Eilertson, of Glenville, and Makenna Meier, of Humble, Texas.

Ushers were Mitch Meier, of Humble, Texas, and Travis Jacobsen, of Freeborn.

Amanda Smith, of Kensett, Iowa, was in charge of running the music.

A reception following the ceremony was held in Grafton, Iowa.

Hosts and hostesses were Janet and Rod Reinholdt, Junior and Carol and Roger and Ilene Jaycox.

Emily is a dietary aide at the Lake Mills Care Center.

After a wedding trip to Black Hills, S.D., the couple resides in Northwood, Iowa.