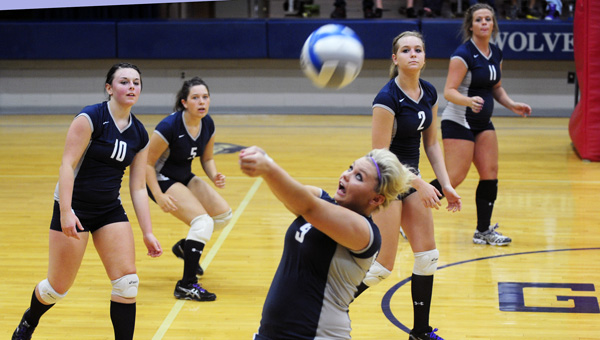 It was obvious at times Tuesday during each game of the Wolverines’ 3-0 win over Schaeffer Academy in Glenville. The Wolverines started slow in two games and finished slow in another, but ultimately came out on top against the undermatched Lions. 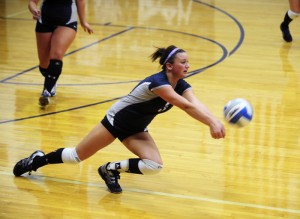 Glenville-Emmons outside hitter Heather Davies dives to dig the ball Tuesday in a 3-0 win over Schaeffer Academy. -- Andrew Dyrdal

“They seem to lose their focus and that’s the biggest weakness of our team,” Ziebell said. “When we do focus, we don’t look that bad.”

After falling behind 4-0 to start the match, Ziebell called a timeout and the Wolverines caught fire. Rieley Madson, Jennaca Haines and Heather Davies combined for eight ace serves as the Wolverines went on a 14-2 run to build an eight-point lead.

The Wolverines and Lions played even for the rest of the game and Glenville-Emmons won 25-17.

In the second game, the Wolverines jumped out to a 2-0 lead on consecutive ace serves by Madson and strung seven straight points together after the Lions tied the game to go ahead 9-2. The Lions’ coach, Gail Peterson, called a timeout and her team rallied to within one point on an 8-2 run of their own.

“That’s a typical Wolverines volleyball team,” Ziebell said. “We start slow and all of a sudden we get that adrenaline going but we lose it because we can’t sustain that high.”

The Wolverines trailed 4-2 to begin Game 3 but handled the Lions, who have no juniors or seniors, and built an 18-8 lead before winning 25-14.

Ziebell said the positive she took away from the match is that the Wolverines are playing more like a team.

The Wolverines play again at 7:15 p.m. Thursday against Lanesboro in Glenville.