A.L. to get another Kwik Trip 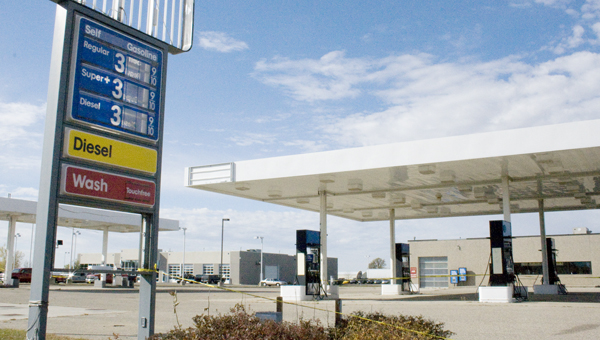 The north end of Bridge Avenue in Albert Lea again will be home to two gas stations, not one.

Kwik Trip Inc. officials announced Monday they have purchased property at 2611 Bridge Ave., the former location of a Mobil gas station. The purchase price was $1.5 million.

The three-acre property foreclosed in June and was owned by American Bank of St. Paul. The gas station had been closed for several years prior.

Hans Zietlow, director of real estate at Kwik Trip, said Kwik Trip tried to purchase the land from the previous owners after it closed but did not have success. When the property foreclosed, the company tried to buy it again.

“We think it’s a good location,” Zietlow said. “We’ve always wanted to be out there.”

The gas station and convenience store will be about a block apart from existing Hy-Vee Gas, available for area residents on the north end of Albert Lea and for drivers getting off the Interstate 90 exit at Bridge Avenue.

Steve Shahan, manager of store operations at Hy-Vee, declined to comment on what effect the new Kwik Trip store would have on his business.

Zietlow said Kwik Trip, based in LaCrosse, Wis., is looking into whether to renovate the existing building or to bulldoze it and start with a new store, including unleaded and diesel gasoline, a convenience store and a car wash. It will likely be the only Kwik Trip station in Albert Lea that will have a separate island for diesel pumps.

If company officials decide to utilize the existing facility, the gas station could open in the beginning of 2012; if they bulldoze and then start over, new construction would begin in the spring and would likely last about 12 weeks, he added.

Twenty-four new jobs — 12 full time and 12 part time — are slated to be created.

Zietlow said with two existing Kwik Trip locations already in town, some of the experienced employees from the other locations may move to the new store.

He noted the company typically holds a job fair to hire new employees or people can go to www.kwiktrip.com to find an application.

Kwik Trip builds about 20 new stores each year. According to the company’s website, Kwik Trip Inc. opened the doors to its first store in 1965. Now, there are more than 350 stores under the company’s ownership — including Kwik Trip, Kwik Star, Hearty Platter and Tobacco Outlet Plus stores — throughout Wisconsin, Minnesota and Iowa.

The company also has its own bakery, commissary, dairy, distribution warehouse and vehicle maintenance divisions.