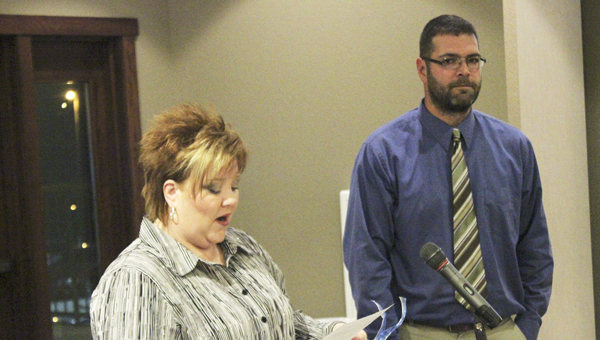 Great attendance and going above and beyond were reasons cited for Brad Skinness winning Ambassador of the Year on Thursday at the Albert Lea-Freeborn County Chamber of Commerce’s annual meeting and membership celebration.

Randy Kehr, executive director of the chamber, said Skinness is committed to the chamber and is a great member.

“As an Ambassador he just rises to the top,” Kehr said. 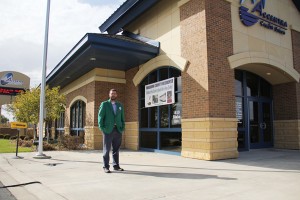 Skinness said he enjoys being part of the chamber and helping with various projects such as the yearly golf fundraiser that raises money for scholarships for local youth.

The Ambassadors are volunteer members of the chamber who go to business events such as groundbreakings and ribbon cuttings. They often are seen wearning green jackets. They also raise funds for scholarships.

“The more you can add to the scholarships, the better,” Skinness said. “It’s an opportunity to give back to the community.”

Skinness has been the branch manager at Accentra Credit Union in Albert Lea for a little more than two years. Before that he worked in the catering industry in the Twin Cities and southern Minnesota regions for about 10 years. When he and his wife, Amy, had children, the odd schedule prompted a change.

“The hours in catering were too much,” Skinness said.

An Austin native, Skinness went to Austin Community College and then St. Thomas University for business administration and Spanish. He said he enjoys his job at the credit union.

He said he likes that the credit union is community-oriented. The branch is involved with the chamber and also gives scholarships annually to members. He said the branch has done coat and food drives and helped with funding flights for veterans to see memorials in Washington, D.C.

In his spare time he enjoys spending time with his family, including two boys, Jacob and Jack, and wife, Amy, who teaches at Southwest Middle School. He credits himself as a sports fanatic and has coached T-ball and will soon coach basketball for children through the Albert Lea Family Y. He’s also on the board of the United Methodist Preschool.