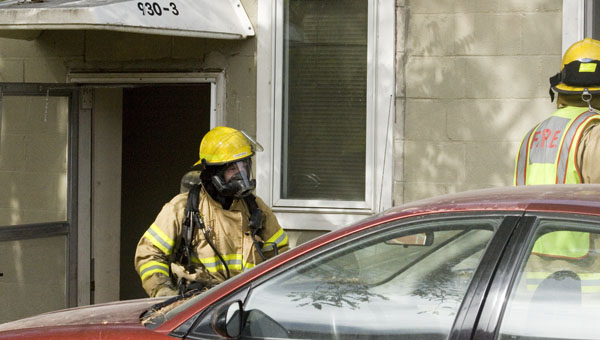 A basement apartment on South Broadway Avenue was damaged Wednesday afternoon after a reported grease fire.

No one was injured, and a cat in the apartment was brought out safely.

Officials said a man in a neighboring apartment noticed smoke coming from Apartment 3 of 930 S. Broadway Ave. and called 911. 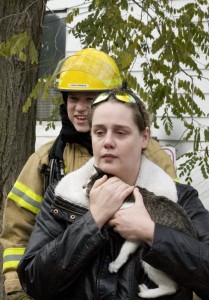 “If he wouldn’t have seen it, it could have been worse,” said Albert Lea Fire Department Lt. Trevor DeRaad.

The neighbor, Esteban Torres, who lives in the apartment directly above, said he noticed a tiny bit of smoke and a strange smell coming from the lower apartment.

He said he told his wife she needed to hurry and get out of the shower because he thought there might be a fire downstairs, and then he knocked on the door below.

He opened the door and yelled inside, but no one responded, so he called 911.

“The whole room was filled with smoke,” Torres said.

DeRaad said the fire started after a burner on the stove was left on unintentionally. There was grease in a pan on top of the burner, which started a small fire.

The stove and nearby counter top were damaged from the blaze. There was also smoke damage.

Smoke traveled into the other three adjacent apartments in the building but did not inflict any serious damage, according to DeRaad.