Convict sent to prison for having handgun

A former Albert Lea resident with numerous felony convictions on Wednesday was sentenced to 15 years in federal prison for being found with a handgun at his home in Minneapolis.

Because of his prior convictions, Adonis Adolph Dorman, 31, was classified as a “career criminal” under federal law and was prohibited from possessing guns or ammunition, according to a news release from the U.S. Attorney’s Office. 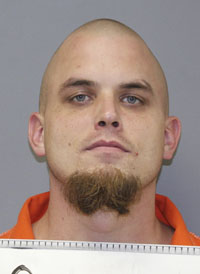 Dorman pleaded guilty in April to possessing a .44-caliber handgun during a search of his house in August 2010 by the Hennepin County Violent Offender Task Force. The task force reportedly seized weapons and ammunition, at which time Dorman was also found to have thrown the handgun out a window.

The plea came as part of an agreement between his lawyer and the U.S. Attorney’s Office. By pleading guilty to possession of the gun, he had six other charges dismissed.

According to court documents, the criminal sexual conduct charge came out of Waseca County, and involved an incident in April 2001 with Dorman and his cousin, Eric Michael Dorman. The cousins reportedly lured two Albert Lea girls, ages 14 and 15, to their rural New Richland home, then gave the girls alcohol and repeatedly sexually assaulted them.

Tunheim ordered Dorman serve his time at a federal prison in Leavenworth, Kan., and be allowed to participate in a 500-hour comprehensive drug treatment program if he is eligible.

His federal term will run concurrent with an 88-month state court sentence.