Funeral services for Dwaine Allan Nelson, 70, of Albert Lea will be held at 10:30 a.m. Thursday at Oakland Lutheran Church. The Rev. Katie Fick will officiate. Interment will be at Greenwood Cemetery. Visitation will be from 4 to 7 p.m. Wednesday at Bayview/Freeborn Funeral Home and one hour prior to the service at the church. To sign the guest book, go to www.bayviewfuneral.com. 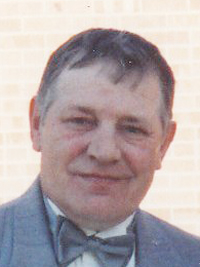 Dwaine Allan Nelson was born on Nov. 3, 1940, to Norman and Alvina (Anderson) Nelson in Worth County, Iowa. Shortly after he was born the family moved to the Myrtle area. When Dwaine was 4 years old they moved to a farm near Hayward. Dwaine attended Albert Lea schools. On Oct. 21, 1961, he was united in marriage to Charlotte Kuchera at the Glenville United Methodist Church. Dwaine spent five years working for area farmers and then worked at Wilson & Co. for more than 30 years. Dwaine was a member of Oakland Lutheran Church. He enjoyed snowmobiling, camping and going to tractor pulls. Dwaine liked listening to polka music and most of all enjoyed spending time with his family. His grandchildren were his precious angels, especially, great-grandson, Luke. He will be deeply missed by all who knew and loved him.

Dwaine was preceded in death by his parents; brothers: Elowin Nelson and Richard Nelson; and sister, Kathleen Nelson.