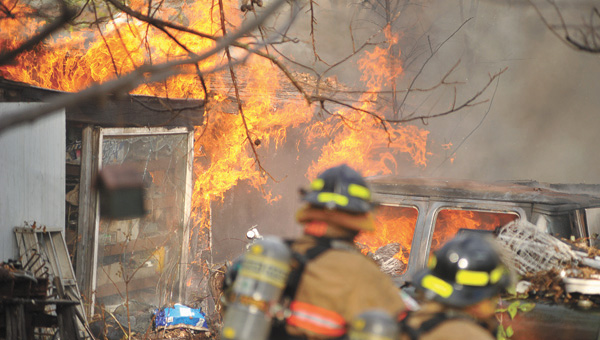 LANSING — Austin firefighters were called to a Lansing home late Saturday afternoon to battle a blaze that claimed sheds and other possessions piled in the backyard.

According to Austin Fire Department Cmdr. Tom Schulte, the fire started in the southwest corner of the property belonging to Richard Riles.

Schulte said Riles was burning some items in a barrel and believed the fire was out, but the wind picked up and spread hot embers through the rest of the yard.

The fire claimed some sheds, a van and several other possessions before firefighters could extinguish it.