Funeral services for Gordon Allen Thompson, 69, of Albert Lea, will be held at 11 a.m. Saturday at United Methodist Church. The Rev. Tom Biatek will officiate. Interment will be at North Round Prairie Cemetery. Visitation will be from 4 to 6 p.m. Friday at Bayview/Freeborn Funeral Home and one hour prior to the service at the church. To sign the guest book go to www.bayviewfuneral.com. 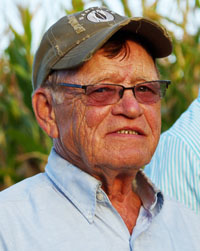 Gordon Allen Thompson was born on Jan. 3, 1942, on a farm near Vinje, Iowa, to Irvin and Ardene (Hanson) Thompson. He grew up in Forest City, Iowa, and graduated from Forest City High School. Gordy came to Albert Lea where he was a car salesman for 30 years at Syverson Ford. On March 16, 1985, he married Kellie Kalstad at The Little Brown Church in Nashua, Iowa. The couple made their home in the Albert Lea area. Gordy was a member of United Methodist Church in Albert Lea. In his free time, Gordy enjoyed playing guitar, collecting Minneapolis Molene Tractors, camping and farming. He loved watching his children and grandchildren in their many activities and spending time with his family and friends. Gordy will be deeply missed by all.