It has been a hard pill to swallow, but Greater Minnesota cities have come to terms with the budgetary decision to cut more than $600 million in property tax relief to cities and counties to balance the budget and end the state government shutdown. The real insult is not the devastating cuts themselves, rather the rhetoric from certain state lawmakers who deny that deep cuts to programs like local government aid, county program aid and the Market Value Homestead Credit will increase property taxes. That’s the real shame. 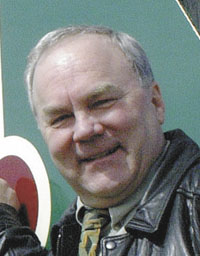 Is there any wonder why the public is so upset with officials in St. Paul and Washington, D.C.?

These same lawmakers blame local units of government for property tax increases when we all know rising property taxes are necessary to offset the massive losses of state aid. Greater Minnesota cities are cutting their budgets drastically and many are struggling to provide basic core services like police and fire protection and road safety measures.

To make matters worse, Greater Minnesota cities are burdened disproportionately compared to the metropolitan area. According to the nonpartisan House Research Department, property tax relief cuts impact rural businesses more than twice as much compared to their metropolitan counterparts — further worsening the metro-rural tax disparity. Even if our rural cities keep their levies exactly the same as last year, property taxes will go up significantly due to the removal of the Market Value Homestead Credit alone.

Though it is disappointing that some lawmakers fail to acknowledge the real impacts of their budget, I am encouraged by one acknowledgement of reality from a lawmaker regarding the fiscal situation of cities — the need for stability in the LGA funding system when it comes to planning city budgets. 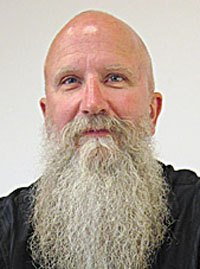 This sentiment has been echoed by other key legislative leaders since then.

Now all of us, including our Greater Minnesota legislators, must hold Sen. Ortman and other legislative leaders accountable — and demand no more cuts in property tax relief programs. We are taking Sen. Ortman at her word.

It’s time for the decision makers in St. Paul to understand what local officials in Greater Minnesota know from our daily discussions at Main Street shops and cafes — our homeowners and small rural business owners simply can’t afford to keep paying more and more in property taxes for fewer and fewer services.

Together we can and must repair the once trusted partnership between state and local governments. Let’s start with some honesty: property tax increases are a result of massive state cuts in property tax relief aids and credits to cities.

Al Batt: The fair is where any problem can be solved with onion rings

Sarah Stultz: How do we live without technology in life?

Live United: Working to make sure all people have a voice, a chance