A Freeborn County jail inmate accused of throwing boiling water into another inmate’s face last month pleaded not guilty on Monday to his charges. 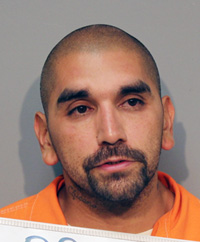 According to court documents, Galvan threw 20 ounces of hot water into the face of another inmate and then punched him several times in the face on Sept. 30 while in the common area of the jail.

The victim, whose son was slated to testify against Galvan in a separate court hearing, suffered burns to his neck, face and shoulder.

Court records state Galvan reportedly admitted he had received a witness list naming the victim’s son as a witness in the case and that he had tried to talk to the victim about it.

Galvan alleged things didn’t go well and that the victim allegedly threatened to harm him.

The incident was reportedly captured on a video camera in the jail.

The trial date has not yet been set.

Galvan remains in custody on a $200,000 unconditional bail.