One of the two Albert Lea men charged with state lottery fraud pleaded guilty on Monday to a lesser charge as part of a plea agreement. 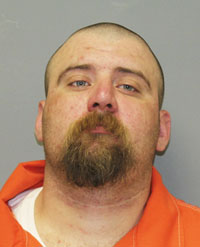 Peter Jay Engen, 33, pleaded guilty to one count of receiving stolen property for his involvement with redeeming more than 50 stolen lottery tickets at various gas stations and a grocery store in the Albert Lea area.

Under an Alford plea, the defendant maintains innocence but admits the prosecution has enough evidence to convict, usually of stiffer penalties.

Co-defendant Justin Leroy Rickert, 35, has not yet entered a plea and has a warrant out for his arrest.

According to court documents, investigation into Engen and Rickert began after deputies with the Waseca County Sheriff’s Office were looking into a burglary of Dave’s Grocery Store in Waldorf on Dec. 25.

During the investigation, they found out multiple lottery tickets had been stolen.

Authorities obtained a list of all the lottery tickets at the store at the time of the burglary, along with all of the places where the stolen tickets had been redeemed, including several gas stations and Nelson’s Market Place in Albert Lea from Dec. 25 to 27.

Engen and Rickert were reportedly identified from the store surveillance, according to court documents.

Engen is slated to be sentenced Oct. 24.