The funeral service for Robert “Bob” Tietz will be held at 2 p.m. Wednesday at Bonnerup Funeral Service Chapel, Albert Lea. The Rev. Richard Spande will officiate. Interment will be in Hillcrest Cemetery. Military honors will be accorded by Albert Lea veteran’s organizations. Visitation will be from noon until the time of the service at the funeral home. 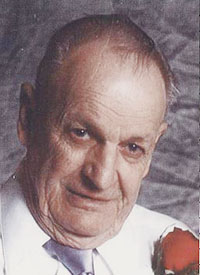 He enlisted in the United States Marines on Dec. 28, 1952, receiving his honorable discharge in December of 1954. He had served as a coach on the rifle range while serving in the Marine Corp and was nicknamed “Robin Hood” because he was such an excellent marksmen. Bob was united in marriage to Patricia Jean LaMont on Jan. 20, 1952, in Lakota, Iowa. Following his return from the service, Bob worked for HR Lovall Gravel in Winnebago, Queens Stove for a short time and then returned to HR Lovall Gravel. He later worked for Streater as an over-the-road trucker, retiring after 34 years. Bob enjoyed waterskiing, baseball, boxing, football, traveling on his Harley and catching fish on Fountain Lake. He also enjoyed playing pool, cribbage and poker.