A 13-year-old teen from Albert Lea will be getting help from the local Shriners when she receives corrective surgery for her scoliosis.

Savannah Talamantes, a seventh-grader at Southwest Middle School, found out earlier this year that she had severe scoliosis, or curvature of the spine. All human spines naturally curve from top to bottom, but scoliosis often results in curvature from side to side.

Savannah’s mom, Karen Peterson, said she and Savannah met with a doctor in January who could see the dramatic curvature in Savannah’s spine and referred them to Rochester without even taking X-rays.

“I don’t think at first I thought it would be as bad as it was,” Karen said. 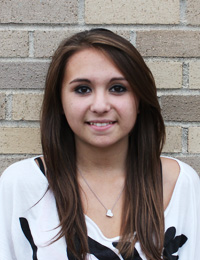 Savannah was seen in Rochester and at Shriners Hospital in the Twin Cities. Karen said Savannah liked the hospital in Minneapolis because it was youth-friendly so that’s where they chose to have the surgery done.

“She’ll have restrictions for a year,” Karen said. “For the first three months she won’t be able to carry anything over 5 pounds.”

Karen was in contact with Greg Morfitt, director of the Albert Lea Shriners, who let her know that the club can help financially with certain procedures. Shriner hospitals specialize in orthopaedic care and burn victims. Morfitt said people meet with doctors at Shriners and decide what can be done.

“If it’s something they can help with they’re accepted,” Morfitt said.

Savannah’s surgery will be completely paid for by the Shriners. Having hospitals that provide medical care at no cost the goal of Shriners hospitals throughout the nation. Karen said she’s looking forward to being close to Savannah because of the onsite hotel.

Savannah said she’s not sad to be missing some school time, but she will miss seeing her friends. She will have some tutoring at home, and be allowed to keep a set of books at home since she won’t be able to carry much weight.

“The school has been very accommodating,” Karen said.

Within a year Savannah will hopefully have no physical restrictions. She wants to rejoin volleyball and be active like any other teenager. Though she has no pain with her condition, it would only worsen over time if left untreated. She’ll have follow-up appointments in the coming years to make sure her spine is healthy.