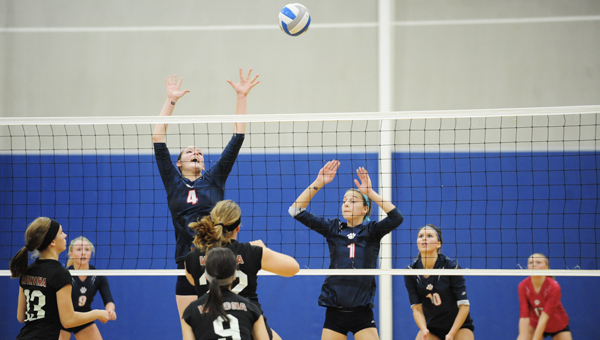 The Albert Lea volleyball team had Winona down Thursday and led 18-17 in Game 2 at Albert Lea High School.

At the pivotal point in the match, it was the Winhawks who took action, notching four kills and eight of the last nine points en route to a 25-19 win and three-game sweep of the Tigers. 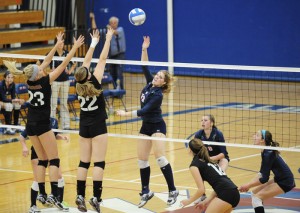 Albert Lea’s Abby Pleiss attempts a kill Thursday during the second game of a 3-0 loss to Winona. -- Garrett Wampler

Jaime Mauseth said. “We had to be a lot better with attacking the ball and being aggressive. We just didn’t have enough kills on the other team.”

Annie Ladwig had five kills to lead the Tigers, who often sent free balls to the Winhawks instead of kill attempts. Winona, on the other hand, was hammering anything it could get its hands on.

“It’s hard to win a game when nobody wants to play the ball and really be aggressive,” Mauseth said. “Winona’s a scrappy team, they’re a hard hitting team and they played well tonight.”

Mauseth said the Tigers are working on improving the placement of their free balls in practice but that she is yet to see the work transition into games.

“They pass it right to the middle of the court where all the defenders are,” Mauseth said. “The defenders barely have to move at all. You either go short, deep and nothing in between. Or you go up and you hit the ball every single time you possibly can.”

The Winhawks weren’t shy about being aggressive. Winona jumped out to a 5-1 lead in Game 1 and extended that lead to 13-3 following an ace serve by Paige Schmidt.

Schmidt’s next serve didn’t cross the net, and the Tigers’ Claire Buendorf responded with an ace serve of her own to pull within 13-5, but Winona built a 20-11 lead and forced Albert Lea to call its second timeout of the game.

Buendorf notched a kill out of the timeout, followed by a tip kill by Sydney Rehnelt and ace serve from Annie Ladwig, but the Tigers dropped three of the 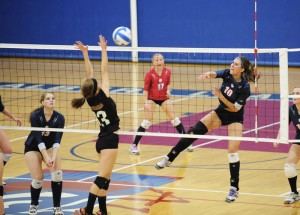 Annie Ladwig kills the ball Thursday during Game 2 of a 3-0 loss to Winona at Albert Lea High School. -- Garrett Wampler

After storming out to a 1-0 lead, the Winhawks came out cold in Game 2.

Winona began the set with four unforced errors and a kill by Annie Ladwig put them in a 5-0 hole. The Tigers extended its lead to 7-1 before the Winhawks slowly crept back, winning five of the next six points and tying the game at 12-12.

Despite the momentum swing, the Tigers didn’t relent and played point-for-point with the Winhawks to take an 18-17 lead. Winona regained the lead 19-18 and never trailed again for the rest of the match.