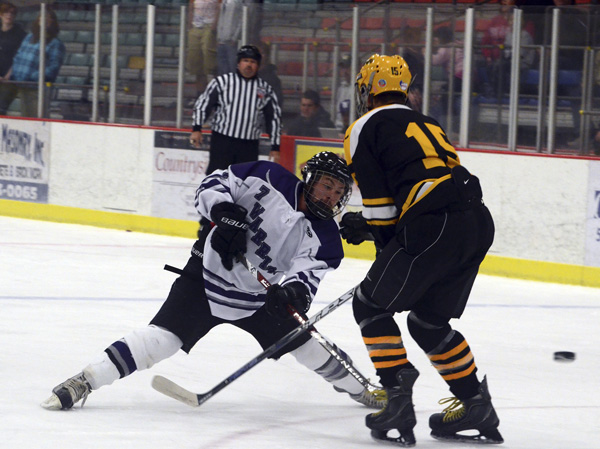 The City Arena was a loud place to be on Friday and Saturday nights of this weekend, with the sound of college students rooting on their hockey team.

It’s been almost 17 months since the news about the Albert Lea Thunder sent shock waves through the city as a pay-to-play scandal and the team’s eventual sale and relocation left a void, not only for die-hard hockey fans, but in particular, Albert Lea’s City Arena. 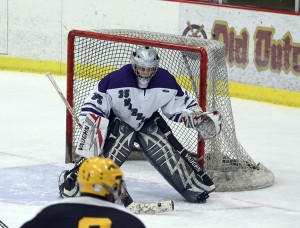 All that changed this past Friday and Saturday night as City Arena and Albert Lea began a partnership with the Waldorf College hockey program. Waldorf, of Forest City, Iowa, just 36 miles south of Albert Lea, will play a club schedule for now with the hope of landing a conference gig in the near future.

The Warriors have just eight games scheduled at City Arena this season but a move to a conference schedule could mean 20 to 25 games in Albert Lea, and an arena full of college students, an image that suits City Arena’s facilities manager Bob Furland just fine.

“This is going to be a blast, it’s great to have Waldorf and all their fans here,” Furland said. “This is such a great fit, the college has been awesome to work with, we’re just looking forward to having more and more games here in the future.”

Despite a roster that includes just 11 players, that future looks bright for the Warriors after Friday’s opening night matchup, a 6-3 win over Drodt College of Sioux Center, Iowa. Freshman Christian Weber will get credit for the first goal in Waldorf hockey history, but it was the total team effort that had the coaching staff talking after starting the season 1-0.

“I am so proud of these guys,” said Warriors head coach Brett Shelanski. “I honestly feel, and I told them this in the room, that they each contributed to this victory, that it took a total team effort. They gutted it out, they killed numerous penalties, they blocked shots, they took hits to make plays, I just couldn’t be more proud of the team.”

Waldorf was able to build off that opening night success and improved to 2-0 on the year with a 5-4 thriller over Dordt Saturday night. Tyler Meadors took a rebound in front of the net and put the Warriors in front 1-0 at the 16:38 mark of the first period.

Josh Bevers made it 2-0 on a penalty shot before consecutive goals by the Blades evened the score at 2-2 heading into the second period. Dordt took a brief 3-2 lead before goals by Bevers, Corey Lorens, and Weber put the game on ice as Waldorf completed the two game sweep and is now 2-0 on the year.

“It’s just nice to be playing hockey,” Shelanski said. “The way everything has come together, the support we have gotten from Albert Lea is just amazing, it’s nice to have hockey. I can’t say enough about how happy we are to be playing here, the fans are great, it’s a great place to play and we look forward to many more years here.”