Memorial services for Wilhelm “Bill” Fritsch, 73, of Albert Lea, will be held at 2 p.m. Friday at New Life Christian Church. The Rev. Vern Harris will officiate. Interment will be at Hillcrest Cemetery. Visitation will be one hour prior to the service at the church. To sign the guest book, go to www.bayviewfuneral.com.

Bill went to be with his Lord on Monday, Oct. 3, 2011, at St. John’s Lutheran Home after a courageous battle with colon/brain cancer. 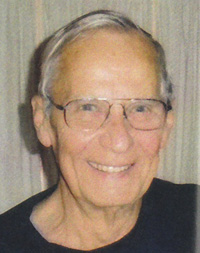 Wilhelm Fritsch (He preferred “Bill”) was born on Nov. 16, 1937, in Miesbach, Germany, to parents Franz Xaver Fritsch and Ursala Eibach Fritsch. Bill had an adventurous pioneering spirit and immigrated to America at age 15. He lived with Cecelia and Ruben Peterson and their two daughters, Maxine and Janice, in Albert Lea. He attended ALHS and graduated with the Class of 1957. He enlisted in United States Marine Corps in 1958, became a naturalized citizen in 1961 and was honorably discharged in 1964 after serving in Okinawa, Japan, and Albany, Ga. Bill married the love of his life, Lola Jean Michels on May 9, 1964. They have three sons. Bill was employed as warehouse manager at and retired from Interstate Power Company in Albert Lea. He is a past president of the Eagles Club in Albert Lea, was active in the “JC’s” and a member of New Life Christian Church in Albert Lea. He was a friend of Bill W’s for 31 years. He enjoyed fishing, golfing, bowling, gardening and traveling. He loved to cook and for many years cooked Torsk for the annual dinner at Trinity Lutheran Church. Bill loved making authentic Bavarian dishes and sauerkraut for family and friends. He loved to learn new things and help friends and family. He especially enjoyed nature and experiencing new things with his grandson, Mathew Fritsch. Bill will be greatly missed by family and friends. He had strong faith in Jesus and knew Jesus would take him home and soon we will be reunited.

Bill was preceded in death by his biological parents: Franz and Ursula Fritsch; step-father, Alfred Muschke; adopted parents: Cecelia and Ruben Peterson and Emily and Mathew Michels; siblings: Rosie Pisch in 1992, Franz Fritsch in 1998 and Hans Fritschin 2009; and aunt, Anna Poxleitner in 1996.