I’m told the best thing about having a hearing aid is being able to turn it off around boring or annoying people. When someone wants to ask you for money. When you’d just like some quiet. There’s a switch. You have the power to tune voices out. 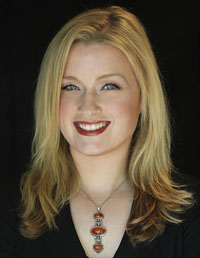 Which is exactly what the media have been doing to the Occupy Wall Street protesters.

The demonstrators have said they want economic justice.

And inevitably a talking head will wonder: “What do they want?”

The demonstrators will say they want economic justice.

Then an anchor will say, “There’s not really a cohesive theme with these protesters.”

The demonstrators will march with signs that plainly read they want economic justice.

Then a reporter will offer: “There’s not really a central message permeating in the crowd.”

Yes, the media have gone “Grampa with a telemarketer” on Occupy Wall Street.

That hasn’t hindered the Occupiers from resonating with Americans. The protests have been growing. The movement has been growing. Occupy LA is down the street from my home. Their numbers have nearly quadrupled from the first week. They now count 253 tents at City Hall and have the blessings of the City Council to stay as long as they need. It’s hard to confirm reports of all the other Occupations, it’s rumored to be in the hundreds. I can verify 24 demonstrations across the U.S. where they are “occupying.” There could be dozens more by the time you read this. People from all walks of life are taking to the streets to cry out for “economic justice.”

Now the local news will report: “The demonstrators don’t have any specific unifying points so far.”

Former Speaker of the House Tip O’Neill coined the phrase, “All politics is local.”

And then there are the students: the victims of direct-to-consumer student loans. And, yes, it’s personal. Education prices have gone up but the federal loan programs’ maximum amount has not. So kids with no means to pay for college other than borrowing, are being forced into paying credit card-like interest on their education with loans that are non-dischargeable in bankruptcy, with no statutes of limitations and can’t be refinanced. These students carry signs reading, “Debt is slavery.” It’s more like sharecropping, which is slavery while being told you’re free.

And there’s the unemployed. They’re the nation’s statistics now donning Guy Fawkes masks. They are the “lagging indicators” who are tired of being called lazy. They want to work and can’t. Those who can’t find work don’t care about the circular firing squad in Washington of everyone blaming everything on whatever side they oppose. For the unemployed, it’s also personal.

Politicians won’t take personal responsibility for the crisis — and so Occupy Wall Street has no choice but to be nonpartisan. Or just bipartisan in their frustration.

It’s the least partisan political movement I’ve witnessed. The phrase Glass-Steagall gets thrown around at Occupy Wall Street like the Volstead Act did at speakeasies. Glass-Steagall, was signed by Franklin Roosevelt in 1933 and made much of what the banks did to tank the economy then (and now) illegal. The Gramm-Leach-Bliley Act also called Financial Services Modernization Act of 1999 basically repealed Glass-Steagall. It was passed by a bipartisan vote in the Republican-controlled Congress and was signed by Democratic President Bill Clinton.

The Republican George W. Bush then “destroyed capitalism in order to save it.” And President Obama, with his mandate for change, and an entire nation hoping for accountability — hasn’t brought any banksters to justice or re-regulated them in any meaningful way.

Any call for “economic justice” that is also hyper-partisan is disingenuous.

And still someone with overly bleached teeth on television will remark, “Personally, I just don’t understand what these people are trying to say.”

Turn your hearing aid back on, Gramps.

Tina Dupuy is an award-winning writer and the managing editor of Crooks and Liars. Tina can be reached at tinadupuy@yahoo.com.