Two candidates for Albert Lea city manager last spring have made headlines this fall in their local newspapers.

Wabasha County Administrator David Johnson on Tuesday fought in a series of hearings to keep his position in Wabasha.

After the hearings, the county commissioners ultimately voted to postpone a decision about the fate of Johnson’s job until Dec. 15. The reason for the delay was to give both sides more time to make their cases. 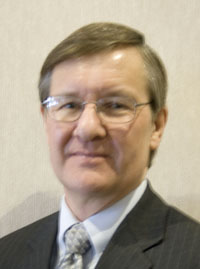 Johnson, who has worked in Wabasha County since February 2008, has been in the middle of a dispute against three of the county’s commissioners since August.

According to the Winona Daily News, the commissioners say they want to reclassify the county administrator position to that of county coordinator to save the county money; however, no action has been taken to reclassify Johnson’s position. Instead, the board has had initial discussions about Johnson’s termination.

Johnson and his supporters say the move is personal.

The Daily News reports the Wabasha County board chairman gave Johnson a letter Nov. 22 notifying him about the Tuesday special meeting that would end in a vote on whether to fire Johnson. Johnson would be given two opportunities to present his case to keep his job.

Johnson sought to have the meeting postponed, saying he didn’t have enough time to prepare, but that request was denied.

During his time in front of the board Tuesday, Johnson presented the board with a list of initiatives he’s taken on in his time in Wabasha, according to the Daily News. Several attendees and former commissioners also spoke in favor of Johnson.

Johnson told the newspaper the additional time to make his case will help, but he doesn’t see it as a victory.

According to the Denver Post, just two days before Merrill’s death, a judge issued a warrant for his arrest on charges of sexual exploitation of a child and possession of child pornography. The incident that led to the charges reportedly occurred in October 2010. 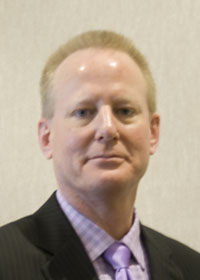 The Fort Morgan Times stated officers had been asked to check on Merrill’s welfare and found him in his truck a short time later. When they tried to pull him over, he refused to stop.

Merrill reportedly talked to police for about 25 minutes on a cell phone while officers followed him closely, traveling at speeds of 40 mph or less.

He then pulled into a lot behind a business and stopped.

When officers did not get a response from the truck for several minutes, they approached the truck and found Merrill inside, dead of an apparently self-inflicted gunshot wound.

He had been put on leave as the Fort Morgan city manager in mid-January for undisclosed reasons but was set to start a new job as Ontonagon village manager Sept. 15.

Johnson and Merrill were vying in March to be leader of the Albert Lea city government after former City Manager Jim Norman resigned in September 2010 amid allegations that he misused the city-issued credit card for personal purchases. He had only been in the position since May 2010.

Prior to Norman was City Manager Victoria Simonsen, who announced in December 2009 she had accepted a job as town manager in Lyons, Colo. She departed in February 2010.