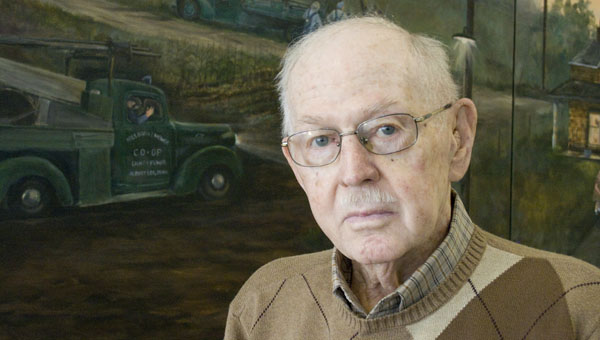 Albert Lea resident Dale Mangskau has been a part of Freeborn-Mower Cooperative Services for more than 62 years — first as an employee and later as a board member. He is resigning from the board at the end of March. -- Sarah Stultz/Albert Lea Tribune

For more than 62 years, Albert Lea resident Dale Mangskau has lived, breathed and slept one thing.

From the age of 18 after graduating from Albert Lea High School up through today, at the age of 81, Mangskau has been a part of Freeborn-Mower Cooperative Services, either through paid employment or volunteering.

“It was basically my whole life,” he said. “I’ve enjoyed it.” 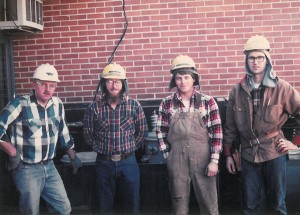 He was recognized with a plaque last week by Gov. Mark Dayton for his contribution to the community and to rural electric cooperatives and for 38 years of service with the Minnesota National Guard, before retiring as colonel.

Mangskau, a humble and generous man, said he was honored to receive the recognition.

As a paid employee at Freeborn-Mower, Mangskau started as a bookkeeper in 1949. In the years that have passed since, however, he has worked as a groundsman, a lineman, a construction foreman, director of purchasing and system engineering, and assistant general manager of operations.

From then, just weeks after his retirement, he went on to become a member of the co-op’s board of directors, where he has served since.

“It was normal for me to be here as a director,” Mangskau said. “It was a natural switch.”

He was also chosen to represent the co-op on the board of its wholesale power supplier, Dairyland Power Cooperative, based in LaCrosse, Wis. 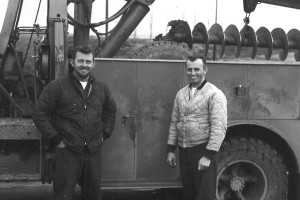 “You could always go to Dale if you had any questions or you need an answer,” said Larry Underdahl, director of operations. “He wouldn’t belittle you.”

Co-worker Ron Stangeland said Mangskau was one of the first employees to welcome him on his first day on the job in 1976.

“He has always been a good friend and co-worker,” Stangeland said.

His doctors, he said, found a tumor on his kidney and have declared it inoperable.

Though it’s put a little bit of a damper on his spirits from time to time, Mangskau said he tries to remain optimistic and active.

As he looks back over his time with the cooperative, he said he was thankful for a good place to work. He said it has been neat to watch the industry change, from crews putting poles up by hand to being able to use basket trucks and other machinery.

His favorite job out of all was being lineman.

“I feel very fortunate to have had the opportunity to work with Dale during our board meetings and cooperative functions,” said Mary Nelson, executive assistant at Freeborn-Mower Cooperative Services. “His true spirit and love for the cooperative are very apparent.”

Though he was away from his family for a lot of his service, he said he has enjoyed every minute of it. It will take some time to get used to not being as involved.

Aside from his time with Freeborn-Mower and the military, Mangskau has also volunteered for numerous civic organizations, including the American Red Cross, the Lions Club and local veterans’ groups.