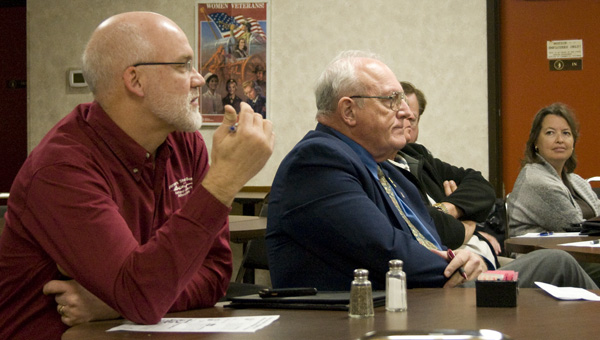 Those were a few of the topics discussed Thursday during a meeting set up between three House lawmakers and local leaders about how to reform government services.

On a tour of the state called Reform 2.0, three House Republican representatives led discussion on how to improve the state’s business climate, reduce unnecessary mandates and reform the state tax code.

“We know in the future government is going to have to look a lot different than it does today,” said District 27A Rep. Rich Murray of Albert Lea.

While lawmakers were able to pass some reform measures during the last legislative session, there is still much more work to be done, he said.

“We understand we’re going to have to do things differently … make government smaller in some areas,” said House Majority Leader Matt Dean, R-Dellwood.

Albert Lea Schools Superintendent Mike Funk said he is frustrated with the notion that state lawmakers talk about having no new taxes at the state level. But this just passes the potential tax increases to the local level with cities, counties and school districts.

“The local people are still paying the burden of what’s happening up there,” Funk said.

Adams said during the last five years, the city has had to cut 14 full-time positions largely because of changes to these programs. 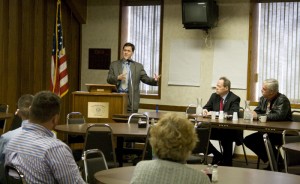 He said it is hard for the city to plan a budget not knowing what the state is going to do with its own budget. In some years, cities have found out as late as December that they would not receive portions of state-aid payments.

These instances have caused cities to have to “manage by crisis,” Adams said.

Albert Lea-Freeborn County Chamber of Commerce Director Randy Kehr talked briefly about the elimination of the market value credit program. He said the hidden impact of this change is the impact it will have on commercial and industrial properties, noting that in some of the smaller communities in Freeborn County, there could be tax increases by 15 percent because of it.

Kehr said the chamber and other local leaders have tried to be proactive in letting residents and business owners know the impact of the change, but he still thinks there’s going to be “a lot of noise” when tax statements come out.

Kim Nelson, director of The Children’s Center, said she doesn’t think legislators have realized what effect the decrease in child care assistance has had.

Nelson said her facility alone has lost 10 families since that was approved.

But the concern is greater than for her facility, she said, noting that it causes students to be sent to school less prepared, which in turn affects the school districts.

Austin Superintendent David Krenz said the biggest thing he is looking for from the state is being able to plan for the future.

“We don’t know from year to year what programs we’ll have because we don’t know what our funding will be,” he said.

Dean also briefly talked about the possibility of a proposed constitutional amendment that would limit government growth.

Those in attendance shared mixed responses to this amendment.