Care in a box 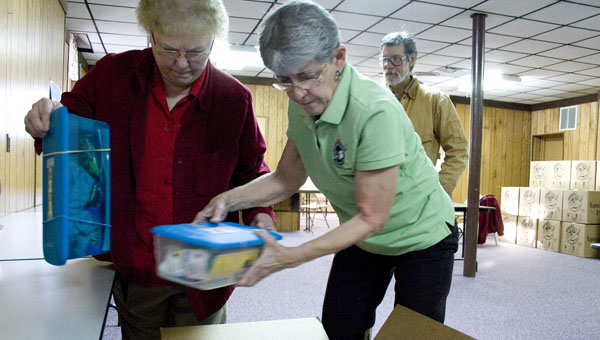 The word describes how Rickon Peterson, a native of Jamaica, said he felt six years ago when he received a surprise in a shoebox. 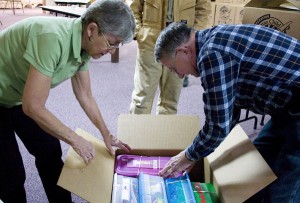 The shoebox, part of Operation Christmas Child, was delivered along with dozens of others to the children at his school in an impoverished part of the country.

Though he doesn’t remember much about what was inside — he recalled some candy and school supplies — he said it’s how he felt when he received the box that sticks with him.

“I was happy because I got something,” Rickon said. “My classmates all got one, so they were happy, too.”

Area residents have the chance to share this same happiness with other children across the world this week by donating shoeboxes at First Baptist Church of Albert Lea. The boxes will be transported to an Operation Christmas Child site in Minneapolis for distribution.

First Baptist Church of Albert Lea has taken part in Operation Christmas Child for six or seven years, but during the last two years the church has also been a collection site for people in Freeborn County and northern Iowa.

Operation Christmas Child was started in 1993 by Samaritan’s Purse. Every year, the organization sends shoebox gifts to children across the nation and all over the world who are suffering from natural disaster, war, terrorism, disease, famine and poverty.

Local co-coordinator Peggy Michna said even though there are a few days left in the collection, people have already donated as many shoeboxes as they did last year.

As of Thursday afternoon, she said 800 shoeboxes had been collected. She estimates there will be 1,200 by the end of the local collection.

Along with toys, school supplies, soaps, small dolls, and other items in the box, a brochure is slipped inside that explains about the love of Jesus Christ in the child’s native language. 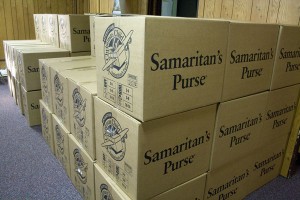 As of Thursday 800 shoeboxes had already been collected at the Operation Christmas Chid collection site in Albert Lea. Organizers estimate there will be about 1,200 by the end of Monday.

Volunteers at the church load up 6 to 17 shoeboxes per cardboard box, and then at noon on Monday a truck will be stocked up with all of the boxes to go to Rochester, before being taken to Minneapolis.

Once in Minneapolis, volunteers will go through every shoebox to make sure the donations are age appropriate and to make sure there is nothing harmful inside. Liquids, chocolate and toys related to war are not allowed.

Michna said the boxes donated locally this year will be delivered to children in India and Zambia. Last year the boxes traveled to Tanzania.

She said it takes months for the kids to get the shoeboxes, but they are grateful when they receive them.

“It’s a lot of work, but you know that these kids are going to be blessed by it,” Michna added.

Anyone donating a box should also include $7 shipping costs inside.

“If no one’s ever gotten to take part, I encourage them to do so,” Michna said. “It really is a work of love and devotion to the Lord.” 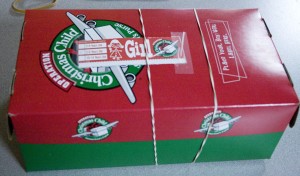 This is the official Operation Christmas Child shoebox containing gifts for a girl.

The collection has been taking place since Sunday.

Volunteer Dale Shuldes said people can track their shoeboxes online by going to www.samaritanspurse.org.org/index.php/OCC/ and selecting “Follow your box donation.”

To do so, you have to pay your donation online with a debit or credit card, and then you get a slip with a tracking number to put with your box before dropping it off at a collection site.

Coming from a history of Jamaican Maroons — a group of slaves that ran away to establish free communities — Rickon said it wasn’t everyday he would receive an entire box full of gifts.

Rickon, whose mother has since died from illness and whose father remains in Jamaica, was adopted by Albert Lea couple Dave and Tammy Peterson six months ago.

Now, Rickon said, he gets to return the kindness he felt that day to other kids across the country by making his own shoebox to donate to a child through Operation Christmas Child.

“It feels good to make another kid feel good,” he said.