Funeral services for Clayton O. Warke will be held at 11 a.m. Tuesday at Cross of Glory Church in Hartland. The Rev. Dennis Frank will officiate. Visitation will be one hour prior to the service at the church. Interment will be at Hartland Cemetery. To sign the guestbook go to www.bayviewfuneral.com. 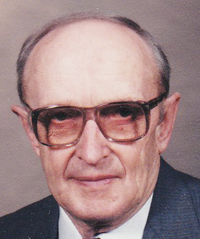