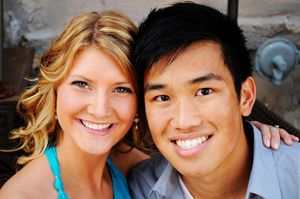 Naomi is a 2007 graduate of Albert Lea High School and a 2010 graduate of Winona State University. She received her bachelor’s degrees in elementary education and early childhood education. She teaches in Rochester.

Josh is a 2006 graduate of Albert Lea High School and a 2010 graduate of South Dakota State University. He received his bachelor’s degree in nursing. He is employed at the Mayo Clinic Health System in Austin.