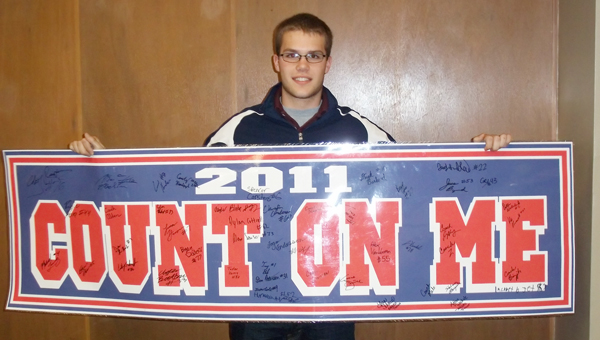 Albert Lea football senior Taylor Harris received the team’s Count on Me Award, which is given to the player who most demonstrates dedication to the sport, always plays hard, is a leader on and off the field and fulfills whatever is asked of him by his coaches. Harris received a laminated, autographed sign that the varsity players touched as they exited the locker room onto Hammer Field before each 2011 home game. -- Submitted 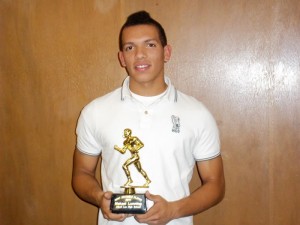 Albert Lea football junior Makael Lunning won the team’s Most Valuable Player Award this season after scoring eight touchdowns for the Tigers. The running back rushed 124 times for 535 yards and had 14 receptions for 194 yards. As a defensive back, Lunning recorded 41 tackles and had an interception. -- Submitted photo