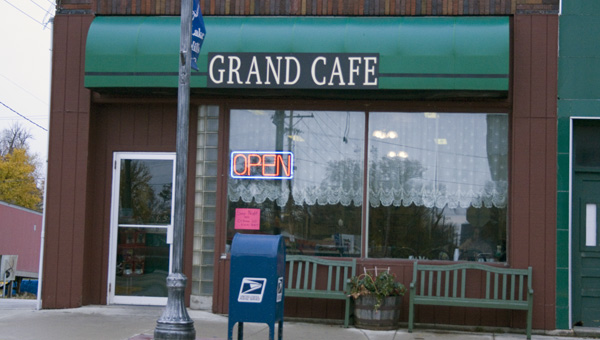 The Grand Cafe in Lake Mills, Iowa, is the must-be place to eat on Thursday nights through the winter months. Thursday’s mark soup night where customers can indulge themselves in all-you-can-eat homemade soups. -- Garrett Wampler/Albert Lea Tribune

On Thursday nights, Grand Cafe becomes the must-be place in Lake Mills. That is when patrons can enjoy the seasonal all-you-can-eat soup night from 4 to 8 p.m. — a tradition that began in 1991. 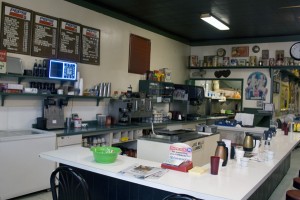 The Grand Cafe in Lake Mills, Iowa, features antique decoration and an old time appeal. The pictures that line the walls were mostly given by customers. The front room features pictures of historic Lake Mills, while the middle room is full of sports pictures from the city.

Home-baked bread, hot cinnamon sticks coated in cinnamon and sugar and 2-ounce cups of sherbet accompany the soups for a price of $4.67.

Brackey said the most popular soup is the chicken dumpling and believes the reason they get so busy on soup nights is because, “You don’t find homemade soup very often.”

She hopes her restaurant and the soup night can enhance the feeling the staff and decorations already give customers — a sense of home.

“I just want people to feel like they are at home and in a friendly environment,” she said.

Soup night fills the restaurant so full that often times tables are combined. She said in most cases you end up making new friends by the time you leave.

The soup night season runs from mid-October until April 1.

She said the café hasn’t come across a special for the warm summer months that can compete with the success of the soup nights during the winter.