Memorial services for Leon Roger Billat, age 69, of Albert Lea, will be held at 2 p.m. Wednesday at First Lutheran Church in Albert Lea. The Rev. Dan baker will officiate. Interment will be at Hillcrest Cemetery. Military honors will be accorded by local serviceman’s organizations. Visitation will be one hour prior to the service at the church. To sign the guestbook go to www.bayviewfuneral.com. 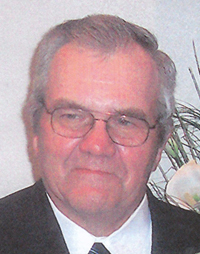 Leon Roger Billat was born Aug. 20, 1942, to Joseph Paul and Agnes C. (Schmidt) Billat in Freeborn. He grew up in Freeborn where he graduated from high school. Leon attended NIACC for agriculture and Riverland Community College for computers and welding. He enlisted in the United States Navy where he was a diesel mechanic and served in the Cuban Missile Crisis. On Aug. 20, 1965, he was united in marriage to Connie Stevens in Glenville. Leon was a member of First Lutheran Church, Eagles, VWF, American Legion, Moose and Elks. He volunteered every spring and fall for the Elks youth camp in Brainerd. He worked for Queen’s for several years and then at Wilson’s. Most recently he was working as a groundskeeper at Wedgewood Cove. Leon was a wonderful cook, enjoyed gardening, golfing, being outside, going to auctions and in his younger years he enjoyed fishing and hunting. Most of all, Leon enjoyed being with his family, especially his grandchildren.

Leon was preceded in death by his parents; brother, Luverne; and one niece.