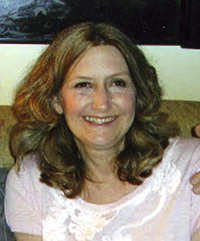 Marie passed away Thursday, Oct. 20, 2011, at Hospice of the Valley in Tempe, Ariz., after a very long and courageous battle with cancer. She was 48 years old.

Marie Anne Wamer was born Oct. 28, 1962, To Jean and Don Warner. Marie grew up in Albert Lea and graduated from Albert Lea High School in 1981 where she was active in Girl Scouts, 4-H, figure skating and swimming (lettered) among other things.

Marie attended Iowa State University for 3 1/2 years and graduated from University of River Falls with honors in 1986.

She was married in 1986 to Mike Staiger of Hastings and was later divorced.

Marie taught grade school for several years in Hastings and in 1989 was employed by Northwest Airlines /Delta as an International Purser.

Marie had many interests, she loved international travel, sightseeing, hiking, scuba diving and especially her cats and dogs. She recently had been studying to speak and write Japanese.

In 1987 she had a foreign exchange student Akiko Yamamoto from Japan who lived with her for 2 years.

This summer Marie was back in Minnesota. For her 30th class reunion and enjoyed meeting and visiting with old classmates.

Grandparents Emil and Anna Oberg of Albert Lea, and many aunts, uncles and cousins along with her friend and care giver in Scottsdale, Rich Salasek.