Nancy Carol Johnson, 73, of Austin, died Thursday evening, Nov. 3, 2011, at Good Samaritan Society in Albert Lea. Nancy Carol Lewis was born Sept. 6, 1938, in Austin, to Clark and Olga (Tonder) Lewis. She grew up in Austin, graduating from Austin High School in 1956. Nancy and Charlie Johnson were married on Jan. 20, 1957, in Austin. Together they owned and operated Austin Bowl until it burned down. They later divorced, but continued to be friends. In 1984 she moved to Albert Lea. An avid bowler, Nancy also liked to read, play dice, bingo, cards (especially Hand and Foot with the grandkids) and do crossword puzzles. Her favorite TV show was ‘Wheel of Fortune’. She was a good listener and especially enjoyed being with her family. 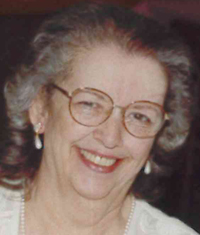 A memorial service will be held at 11 a.m. Monday at Crane Community Chapel in Austin with the Rev. Dale Christiansen officiating. Visitation will be held from 4 to 7 p.m. today at the Worlein Funeral Home in Austin and one hour prior to the service at the church. Interment will be at Oakwood Cemetery in Austin. Per the family’s request, everyone is invited to dress casually.