Staff at Southwest Middle School feel they’ve responded well to a dangerous trend they’d heard some students talking about in the past weeks.

Principal Jean Jordan wrote a letter to parents that was published on Southwest’s website. It alerted parents about a “game” where adolescents suffocate themselves or others to cut off blood flow to the brain, which can produce a sort of high. 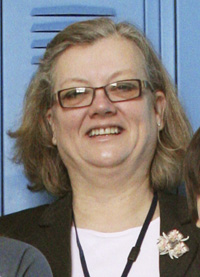 “It’s not enough to scare them; you have to educate them,” Jordan said.

The letter said that kids believe the game is a “safe” way to get high and don’t realize it can lead to brain damage, seizures, stroke or even death. A video about the trend was shown in advisories, which Jordan said allowed for time to teachers and students to discuss the topic in a safe place.

She said she and staff had heard from enough students about the trend that they weren’t comfortable teaching all the students more about it.

“We felt it was very important right then and there to say ‘This is what you can do,’” Jordan said. “Overall as a staff we feel like it was the right decision to make.”

She said she has received good feedback from parents, and especially ones who hadn’t heard about the trend. The letter on the school’s website directs people with questions or concerns to contact either of the school’s social workers, Reese Druckenmiller or Emily Nelson, or Jim Munyer, the school counselor.

“Kids at this age are so impulsive and don’t think things through,” Jordan said. “Education is one of the best things we can do.”