An Albert Lea man convicted in 2009 of soliciting a child to engage in sexual conduct pleaded guilty on Thursday to failing to properly register as a predatory offender.

Mark Brian Flesche, 44, is expected to be sent to 15 months in prison for the probation violation, according to Freeborn County Attorney Craig Nelson. 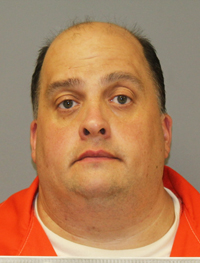 He is scheduled to be sentenced Dec. 8 by Freeborn County District Judge Steve Schwab.

Nelson said Flesche was not living at the address he provided to authorities and was instead found to be living with his girlfriend and her children, which was also against one of the terms of his sex offender treatment.

Court documents state Flesche provided alcohol to a group of young teenage girls in late June 2007 at his home and then took steps to have sex with at least one of the girls, who was 15 at the time.

From this incident he was ultimately convicted of purchasing or furnishing alcohol to a minor, a gross misdemeanor, and soliciting a child to engage in sexual conduct, a felony. When he was sentenced, he was ordered to probation but was told he could be sent to prison for 15 months if he violated this probation.

With the conviction also came the requirement of registering as a predatory offender.

When authorities found Flesche had failed to properly do so, prosecutors charged Flesche in November 2010 with a new felony charge for violating his predatory offender requirements.

He had been slated for a jury trial on this charge when the guilty plea came Thursday.

Flesche is being held in the Freeborn County jail on a separate charge.