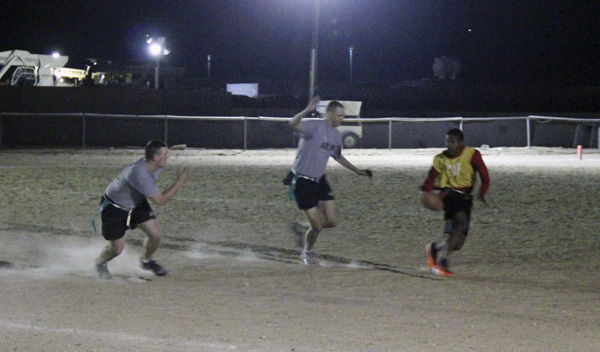 1st Lt. Dan Gurtner, of Rochester, said the team originally marked down their team name as “TBD,” meaning to be determined, but a team member made up the name Team Bear Dragon so they stuck with it.

The football seasons started mid-September, and there are 16 regular games in the season before the playoffs begin. They play on a makeshift field near the softball field on the base, and there’s no grass to break their falls — it’s all gravel.

He said it’s a good distraction from their daily work, and something they can look forward to. Pick up games like these are also not something they can always organize back in the States with jobs, families and other responsibilities, Gurtner said.