Storybook president was work of fiction

In just one year, November 2012, Minnesotans will have the opportunity to vote on the Obama presidency.

Conventional wisdom on both sides of the political aisle, albeit suffering different disappointments, is that President Obama has overseen a Carteresque administration of general ineptitude interrupted by occasional moments of soaring incompetency. That comparison is somewhat unfair to Jimmy Carter — Carter’s economic policies spawned stagflation that merely destroyed economic growth for less than a decade — President Obama has piled up $4 trillion in debt that will retard the economy for generations. 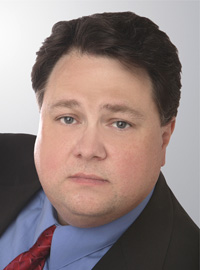 Obama’s greatest failure is not what he has failed to accomplish, but rather, what he has failed to learn. President Obama fails to grasp the economic reality that presidents and governments cannot create jobs. Only the private sector can create jobs. As bad as his record is — 14 million Americans are without work and over 9 million people cannot find enough work to meet their needs — it is Obama’s potential for future harm that will make him a one-term president.

It wasn’t supposed to be this way. Indeed, the storybook candidate turned out to be a work of fiction. Barack Obama promised unemployment below 8 percent. He promised to cut the deficit. He promised to control the national debt. Americans rolled the dice on an untested candidate promising hope and change. How’s that working out for you?

Hope enables us to navigate tough times, but hope without an economically viable plan is like a retiree dependent on winning the lottery. Change is exciting when done by us; when done to us, change borders on tyranny. Economic principle always prevails, and the only path to sustainable economic recovery is through the private sector.

President Obama likes to scold that “We are all in this together.” He talks about the need for “shared sacrifice.” He contradicts himself. If we were all in “this” together, no individual would have to sacrifice himself to others. We would not talk of “shared sacrifice” but of shared prosperity. And prosperity is only produced by an unfettered and vibrant private sector.

President Obama refuses to recognize that simple economic truth. Not only does he resist backing off government intervention in the economy, he increases his meddling. He cannot let a good crisis go to waste. The failing economy is the president’s excuse to push a liberal wish list of social programs in the guise of economic stimulus, which creates no jobs but trillions in debt.

As Americans continue to suffer through a sluggish economy, the president pushes Obamacare and cap-and-trade, which further retards economic recovery. Attempting to cross off a few items from his list of progressive priorities, he flouts the will of the people and the needs of the unemployed and hurts most the people he claims most to care about.

With a record like that, the Obama Campaign knows it can’t win on the facts. For a while the president claimed the economy was on the “upswing”—a laughable (if not so sad) claim indeed. Then, he blamed Republicans for inaction on the economy. In truth, however, House Republicans have passed over a dozen bills that would scale back government meddling in the economy and directly spur private sector job creation, yet Senate Democrats and the president just say “no.”

When President Obama attempts to discredit Republicans and his eventual opponent — rather than run on his own record — he tacitly admits he has failed. He wants another four years in the White House but doesn’t want to talk about what he did in his first three, what he has learned, and worst of all, what he would do differently.

2012 offers a choice — a choice between a president who has divided, disheartened and depressed Americans and a Republican Party that will unite, embolden and energize Americans by removing the barriers to real change and shared prosperity. President Obama has learned nothing from three years of failure; fortunately the American people have, and a year from now they will make Barack Obama a one-term president.

Tony Sutton is the chairman of the Minnesota Republican Party.