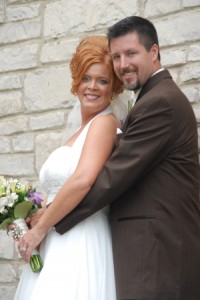 Ushers and usherettes were John and Tracey Ball, friends of the bride, of Albert Lea, and Mark and Teresa Halbach, friends of bride, of Northwood, Iowa.

Christopher is employed at SAR Inc.

After a honeymoon to Riviera Maya Region in Mexico, the couple resides in Albert Lea.