Wrapping up a whirlwind week

Editor’s note: The following is an entry from reporter Kelli Lageson’s blog, Kelli in Kuwait. She is back from a week of reporting on the Minnesota National Guard in Kuwait.

Wow, that week went by so fast! I’m back in Albert Lea winding down after a long day of traveling and finishing up stories for Monday and Tuesday.

Saturday was fun at Camp Buehring in Kuwait, with a pretty slow day compared to the rest of the week. It was a good day for me to wrap up a lot of stories and say goodbye to a lot of the fun people I met! I also enjoyed some of the concert by country group Lonestar, before two soldiers took me to Kuwait City to board my late-night plane home. It was an interesting trip through the airport, and I think there were three or four different security checkpoints before we boarded the plane. 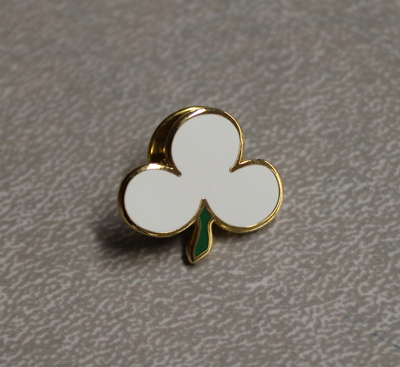 After a 13-hour flight to Washington, we arrived early at around 5:45 a.m.

Then it was through Customs and more security before finding my connecting flight to Minneapolis. Finally I landed in Minnesota around 10 a.m., and my older sister, Jenna, was kind enough to pick me up!

So my trip is finally over — it’s hard to believe. After more than 15,000 miles traveled, I ended up writing 29 stories, taking hundreds of photos and some video. Now I have a lot of thank-yous to get to!

• To the public affairs representatives who first worked with me and helped the Albert Lea Tribune and Austin Daily Herald find a way to make the trip possible, thank you.

• Thank you to Sgt. Hoke and her buddies who picked me up from the airport in Kuwait City and took me back again for my flight home. You were very friendly!

• To the 2nd Battalion, 135th Infantry Regiment as a whole for making me feel welcome and helping me right from the very beginning. When I got to the base they had bedding, a reflective belt (required at the base) and had purchased wireless Internet for me to use in my room.

• Thank you especially to the battalion’s executive officer, Maj. Eric Di Natale, and the other guys at the battalion offices for presenting me with a trefoil pin to thank me for coming to report on the local soldiers. It was not expected and greatly appreciated!

• Thank you to my guides — there were many — for making me feel safe at all times by traveling with me to and from my room and to the dining facility and all the interviews.

• Thank you to all the soldiers who wanted to share their stories with me, and especially the ones who were apprehensive to talk with me to help share what the deployment is like for all the families and loved ones back home. Also, thank you for letting me interrupt your work and play time to talk with you and take photos of you.

• Thank you to Boone Newspapers, and all my co-workers at the Tribune and Herald. There was a lot of planning involved in the trip and a lot of work to be done back home while I was sending stories and photos.

• Thanks also to my co-workers, family members and friends who may have thought I was crazy to want to go to the Middle East but encouraged me to go anyway.

• Thank you to United Airlines, for having each flight I was on be on time, and some even early to destinations. Your service was great, too!

• And last, but not least, thank you readers! The whole purpose of the trip was to help people in southern Minnesota understand what exactly our local soldiers are doing in Kuwait, and I hope I helped to make that clear. Thank you for following the stories and my blog. It truly was a great experience!

Albert Lea resident Kelli Lageson is the special projects editor at the Albert Lea Tribune. She reports on various beats, including veterans and schools, in addition to editing many special sections.