A gift of land? 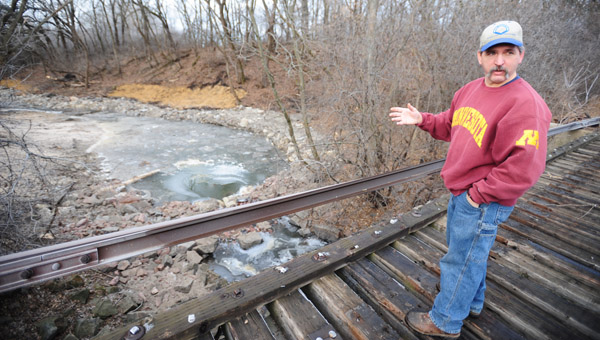 The Nature Conservancy could gift parcel to school district

The Albert Lea School District soon may have the option to accept the kind of gift that Lucy from “A Charlie Brown Christmas” always wanted: real estate.

But this isn’t the kind meant for buildings. It’s meant for teaching kids about nature. 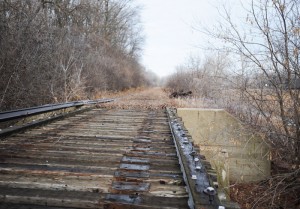 The land that may possibly be donated to the Albert Lea School District butts up against the Union Pacific Railroad line that's being abandoned. Tracks and timbers still rest on the sides of the path. -- Danielle Boss/Albert Lea Tribune

Linda Bormann, a land protection specialist with The Nature Conservancy, attended a school board meeting Nov. 21, to explain the possible donation. Bormann said her organization is looking to focus on preserving larger pieces of land and said it is working to find way to gift smaller pieces of land, like the 15-acre tract west of Highway 13 a few miles south of Interstate 90.

“This property, from what I’ve seen of it, is basically untouched,” Scott Hanna said.

“Nothing has been officially offered to the school, and they want it to stay a nature preserve,” Chalmers said. “Scott and his staff would sort of be the gatekeepers to that.”

The land was deeded to The Nature Conservancy in 1973 as the Paul N. Nelson and G. Myrtle Nelson Wildlife Sanctuary. The deed includes a clause that the land should be made available to organizations interested in nature studies and observations and that if it’s no longer used for that purpose it should revert back to Paul Nelson or his descendants. 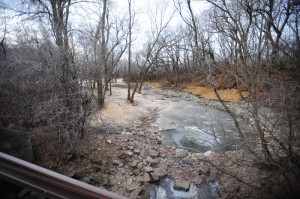 The piece of land, around 15 acres, is unique in that it has a waterway, grassy areas and dense, hilly woods. -- Danielle Boss/Albert Lea Tribune

Hanna stressed that the property only would be used to help people understand and respect the environment. His hope is that it could be used to teach small groups “leave no trace” camping, which teaches people to leave a place untouched or improved after visiting it.

“One of our biggest assets in this area is the environment,” Hanna said. “We want to educate people to go out and enjoy it but leave like it looks like you weren’t there.” 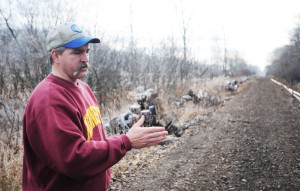 Scott Hanna, environmental coordinator for Albert Lea Community Education, explains the tract of land that may be donated to the school district by The Nature Conservancy. -- Danielle Boss/Albert Lea Tribune

He said if the school district does receive the land it will never be used for large-scale camping, no buildings would be constructed on the land and they would teach those who visit it not to make trails.

“We won’t be cutting trees, and we’ll deter people from abusing it,” Hanna said.

As a program coordinator for Community Education, Hanna said he hopes the district gets the donation because the land has been virtually untouched for at least 40 years. He said walking through it you can see wildlife and vegetation that haven’t been affected by people. 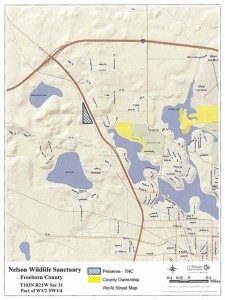 This map show the parcel is about a mile south of the Interstate 90 interchange with Highway 13. -- The Nature Conservancy

“Those are things people should be able to see,” Hanna said.

The property is also unique in that, for such a small area, it has varying topographies. It has a waterway, grassy areas and dense woods. The land also aligns with the abandoned Union Pacific Railroad line that connected Albert Lea and Hartland. The corridor could eventually become a bike trail. Chalmers estimated The Nature Conservancy would decide whether or not to gift the land within the next few months.

Caring for the property 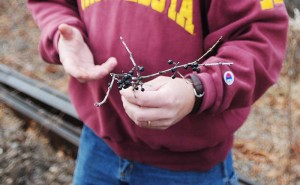 Scott Hanna holds a branch of buckthorn, an invasive species that populates the area of land off Highway 13. -- Danielle Boss/Albert Lea Tribune

Recently the Shell Rock River Watershed District started work along the creek that runs through the land, which was part of an agreement between the watershed and The Nature Conservancy. If the land is donated, the watershed would still be responsible for maintaining the creek and 30 feet on each side of the waterway. The district has been making improvements to waterways that feed into Fountain Lake, and this creek is just one part of a larger project. 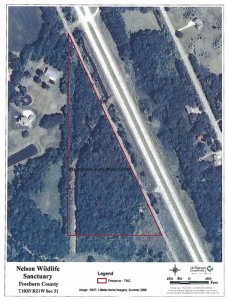 This map shows the triangular parcel to the west of Minnesota Highway 13 and the abandoned Union Pacific tracks on the western edge of Albert Lea. -- The Nature Conservation

Chalmers and Hanna both said that the school district would essentially be care takers of the land if it was donated. Hanna said because The Nature Conservancy has no field offices close to Albert Lea, the land has been left alone and been vandalized before. He’s found debris in the creek and garbage dumped in other areas.

“We need to teach youth the importance of respecting the environment and what it takes to do that,” Chalmers said. “We have a vested interest in making sure it is maintained and honoring the family’s wishes that it be a nature preserve.”

Upkeep on the property would be minimal, Hanna said. He hopes to work on the buckthorn problem, because the invasive species has taken over some of the land and crowded out natural growth. He said buckthorn was brought over from England many years ago, because settlers used it for fences. If it grows thick enough it can create a barrier much like a fence.

“It spreads everywhere and chokes out the native species,” Hanna said.

He hopes to be able to teach about the invasive species and possibly try to eradicate it.