Carnegie libraries a testament to Minn.

Along West College Street sits a treasure to Albert Lea’s early investment in itself: the Carnegie Library building. Now an office space, this classical revival building is one of Minnesota’s 66 Carnegie-funded libraries. 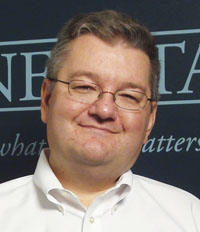 They’re a testament to industrialist Andrew Carnegie’s philanthropic vision, but those 66 libraries speak volumes about Minnesota’s faith in itself.

Recently, I swung in to my neighborhood Carnegie library. Browsing the new books shelf, I spotted “Carnegie Libraries of Minnesota,” a newly-published book by Kevin Clemens. He traveled Minnesota, photographing the state’s Carnegie libraries and updating their stories.

Of the original 66, 48 buildings still stand; 22 are working libraries.

Andrew Carnegie was one of the 19th century’s great American capitalists. He built several fortunes but is inseparably identified with the steel industry. A growing interest in philanthropy, guided by his poor boy’s roots in Scotland and informed by a lifelong love of reading and learning, manifested in funding more than 2,500 public libraries.

In his final 20 years, he gave away most of his accumulated wealth. What remained was charitably distributed at his death.

It’s easy to stop here. Carnegie’s story was, in many respects, an expression of America’s promise. A poor, hard-working boy immigrates to the United States.

Through industry, charm, frugality and sober habits, he succeeds. Carnegie’s story is much more complex — he was an outlier, giving away his fortune — but the story’s real power doesn’t lie with Carnegie’s gifts; it’s found in the communities eager to invest in themselves, who believed in the transformative power of learning.

It’s important to distinguish what Carnegie’s grants did and did not do. They paid for the construction of libraries. But Carnegie only granted funds after the city provided a building site, committed to an ongoing, yearly operating budget of at least 10 percent of the capital grant, demonstrated the community’s need for a library and guaranteed free public access.

Subscription-based lending libraries were common during the 19th century; free public libraries were not. Lending libraries were in effect, private book clubs, available only to subscribers. As literacy rates rose, public pressure to create publicly-funded free libraries mounted. Advocates frequently linked free libraries to America’s democratic tradition, citing education and learning as critical elements among a free people. We still believe that today and, given conservative assaults on community services funding, public access is more important than ever.

Library budgets have been repeatedly slashed. Operational hours are shrinking. Libraries spend less on services, acquisitions and subscriptions while they struggle to stay abreast of new media and technological innovations. In retrospect, the Carnegie library grant was the easy part; delivering on democracy’s promise is the eternal challenge.

As unemployment increases, people turn to libraries for job hunting assistance and information access. Libraries work in partnership with schools, facilitating homework and research projects. Libraries are community gathering and meeting sites. They’re true information portals and are much more than a collection of books.

But, if you’re reading this column, you know this. You most likely value public libraries. And, you value access to information as democracy’s cornerstone.

Conservative public policy advocacy hinges on selling Minnesotans something quite different from what they’ll receive. Conservative fiscal policy seeks to lower tax rates on Minnesota’s highest income earners while directing public investment’s rewards away from lower and middle income earners and toward the wealthy. Without public access to revenue and budget information, it’s hard to know what’s going on and to act accordingly. Public libraries counter wealth’s concentrated power.

Andrew Carnegie established grant criteria for library capital requests. He didn’t ask for a list of proposed books or advocate banning subjects. He funded libraries because of his faith in people’s capacity to learn and grow. We need more, not less of that faith. One hundred years after Andrew Carnegie, Minnesota needs libraries more than ever.