An Albert Lea man accused of striking and injuring another man with a Chevy Blazer on Saturday was charged in Freeborn County District Court on Tuesday with criminal vehicular operation.

Coniah Emmerson Horton, 27, faces one count of criminal vehicular operation, a felony, along with three other counts: refusal to submit to chemical testing, a gross misdemeanor; driving after revocation, a misdemeanor; and failure to provide proof of insurance, a misdemeanor. 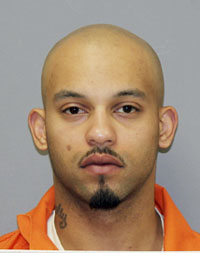 Witnesses told police that a Chevrolet Blazer had struck the man near 918 Front St. and then left the area at a high rate of speed. The victim, who has not been identified, suffered from “obvious severe injury to his leg,” reports stated.

The alleged incident reportedly happened after an apparent fight, though court documents do not give a specific description of the altercation that took place.

The report simply states that witnesses reported there was “fighting, yelling and screaming in the street” and that the Blazer left the scene quickly.

Horton was later found after a traffic stop at the intersection of Main Street and Fenton Avenue, at which time he refused to submit to breath tests and other field sobriety tests.

When interviewed by an officer, Horton reportedly stated he was attacked by the victim, and that he had climbed into the Blazer to flee. He told police “he feared for his life.”

In court Tuesday, Freeborn County District Judge Steve Schwab ordered Horton’s bail be set at $35,000 without conditions and $10,000 with conditions. Conditions approved were checking in with court services three days a week, complying with random testing, having no contact with the alleged victim and not leaving the state without prior approval, among others.

Horton agreed to the conditions, but Schwab noted Horton is also on a Department of Corrections hold and may not be able to be released.

The criminal vehicular operation charge carries a maximum penalty of five years in prison and a $10,000 fine.