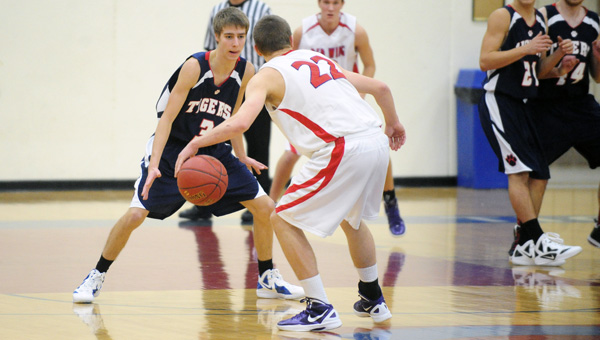 By Aaron Worm
Behind the Mic

The gifts have been unwrapped, the Christmas dinner has been eaten and hopefully you were able to spend time with family and friends over the holiday weekend.

There are more gifts to come this week. Not the ones that are wrapped in festive paper and decorated with bows. But a week for Tigers sports fans to enjoy, the gift of holiday tournaments. The Albert Lea boys’ and girls’ basketball teams, boys’ hockey team and wrestling are all competing this week in tournaments. Here’s a preview of what us sports fans can enjoy this week:

The Tigers basketball programs have their annual Tiger Classic at the high school on Tuesday and Wednesday. The fun begins Tuesday at 1:30 p.m. with a total of four games on Day 1 and four more on Wednesday with consolation finals and championship games.

The Tigers boys have not won the Classic since 2004 but have reached the championship game four times since then. Albert Lea is 0-4 this season but has lost two of those games in overtime. Their first-round opponent is Waseca on Tuesday at 7:30 p.m. The Blue Jays are 4-3 this season and took third at the Classic last year. The other matchup at 3:30 p.m. on Tuesday will feature 0-4 Triton taking on 2-2 Forest Lake.

The Albert Lea girls will face Spectrum at 5:30 p.m. on the first day in a battle of winless teams. The Tigers are 0-9 and the the Sting are 0-7. Spectrum is a charter school out of Elk River. Albert Lea’s last classic title was also the first year I covered the event back in 2006 when the Tigers beat a very good Cannon Falls team. Kingsland at 6-3 takes on 1-6 Austin in the first game of the Classic.

After skating to a 6-2 loss to Rochester Mayo at Graham Arena on Thursday, the Albert Lea boys’ hockey team heads right back to Rochester for the Kiwanis Tournament that begins on Wednesday. The 5-2 Tigers faces Dodge County at 12:30 p.m. The Wildcats are 1-5 and have lost to Faribault and Austin this season. On the same half of the bracket are two teams that come in with .500 records. St. Michael-Albertville will face defending Kiwanis Tournament champs New Ulm.

The Kiwanis Tournament always showcases the talent of southern Minnesota hockey, as the other half of the bracket features a Northfield team that beat Albert Lea on opening night and sixth-ranked Rochester Lourdes, who is always a perennial powerhouse.

Up in Fargo starting on Thursday, the sixth-ranked Tigers wrestlers will compete in the sixth annual Rumble on the Red. The Tigers are the highest ranked Class AAA team out of Minnesota competing. Two of the top teams in Class AA, No. 2-ranked Foley and No. 3 Scott West, highlight a field of 39 Minnesota schools. Throw in 13 schools from North Dakota and some teams from South Dakota, Wisconsin, Nebraska and Alaska, and you have one of the premier events in the Midwest.

Christmas might be over, but for high school sports fans there are still more gifts to unwrap.

KATE Sports Director Aaron Worm’s column appears each Monday in the Tribune. He can be heard from 6 to 11 a.m. weekdays on The Breeze.