Column: Who gets coverage? 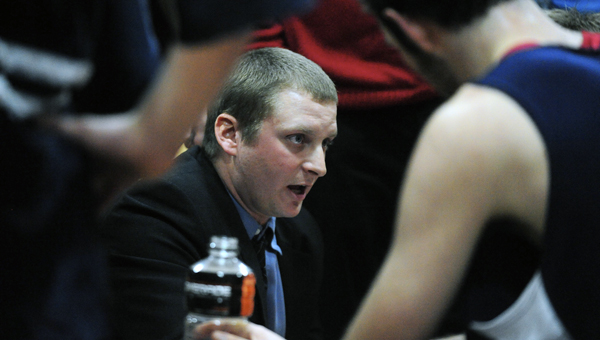 Albert Lea boys’ basketball coach Lucas Kruescher talks with his team during a timeout earlier this season. Kruescher is one of the area’s most transparent coaches and is available for comment win or lose. -- Andrew Dyrdal/Albert Lea Tribune

Each season I receive phone calls and emails from fans wondering why their favorite team isn’t getting enough coverage in the paper.

By their standards, of course.

Typically it’s family members of athletes, but not always, and ironically, they’re usually concerned about the teams that, in reality, receive the most coverage. For instance, I heard concerns about Albert Lea boys’ soccer (we covered seven of its 11 home matches) but not girls’ tennis (we covered only one match).

So far this winter, I’ve had readers concerned about lack of coverage for every Albert Lea winter sport except dance and girls’ hockey, so I thought I’d shed light on how I decide to divvy up space in the newspaper:

One of the top factors in how much coverage a program receives is its transparency. The teams whose coaches call in or email stats, comments and are willing to answer any and all questions get plenty of print in the newspaper.

The best example of this is Jim Boehmer, Lake Mills’ volleyball coach. Boehmer faxes in individual game and updated season stats after each match along with comments. Without asking, he updates me on North Iowa Conference award winners and who made All-State, honors I may otherwise be unaware of, and includes detailed descriptions of each player. I can take this information and easily turn it into stories on the fly. If I don’t, and I haven’t always, he’s never complained.

Boehmer is the most transparent coach I’ve ever worked with and as a result his volleyball program is one of the most highly covered teams in the area.

Other coaches who run transparent programs are Albert Lea’s wrestling coach, Larry Goodnature, and New Richland-Hartland-Ellendale-Geneva’s girls’ basketball coach, John Schultz. These coaches go out of their way to provide me with information whether I ask for it or not.

Not all coaches are this way.

Some coaches will provide me with only a score or refrain from submitting stats and comments only after a loss. While the athletes’ parents may want a newspaper clipping for the fridge win or lose, most coaches don’t want to read the headline: “Team loses again” on the Sports page. I’m often told “don’t write a story” when coaches phone in a lopsided loss. I don’t blame them but hope they don’t expect automatic coverage when the team starts winning, either.

Coaches whose teams receive the most ink are transparent through thick and thin.

When I started at the Tribune, I made it a priority to cover each team at least once. Then, I thought, midway through each season, I’ll start focusing more on the most successful teams. This has worked out pretty well.

While I know parents want to read their son or daughter’s name in the paper, the overwhelming majority of my audience — casual sports fans — would rather read about a team making a run at the state tournament rather than one riding a long losing streak.

Glenville-Emmons boys’ basketball was a beneficiary of this strategy last season when it won its first-ever Southeast Conference championship. Lake Mills volleyball has benefited the past two seasons. And, by the end of the season, I’ve seen plenty of fans from Albert Lea at both those teams’ games. While folks may not care as much at the beginning of the season, an audience eventually wants to read about and watch successful programs win.

I pay close attention to each team’s entire season schedule, not just its day-to-day.

For instance, I sent our sports writer to cover Albert Lea girls’ hockey and boys’ swimming and diving on Thursday in lieu of girls’ basketball because I knew we’d cover girls’ basketball during the Tiger Classic today and on and Wednesday.

When we redesigned the newspaper for the start of 2011, we put the Scoreboard on the left side of the Sports page for box scores. It was then I decided to stop writing short stories about each event and include only box scores instead. While it may appear there are fewer stories on the Sports page than in the past, in reality, there’s more information. A complete box score contains the same, plus more information than a short story would.

This strategy gives me more space for the events we actually cover. While there are fewer headlines on the page, the main stories have more photos and in-depth reporting.