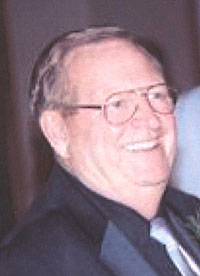 Donald was born June 3, 1941, in Berlin Township the son of Selmer and Myrtle (Smith) Peterson. He graduated from Ellendale High School. On June 4, 1960, he was united in marriage to Cheryl Hansen at the LeSeuer River Lutheran Church.

Don drove a fuel truck for the co-op in Preston before taking up farming in Ellendale. He farmed for over 20 years and then moved to Rochester where he was the petroleum manager for the Greenway Coop. He later managed the Southern Valley Co-op in Mankato until his retirement and moved back to Ellendale.

Don loved to hunt and fish, play golf, card games, woodworking and any outdoor recreation. He enjoyed going on trips with the RV, especially the trip to Alaska. Spending time with the grandkids always came first at all of their sporting events and activities.

Donald is survived by his wife, Cheryl, of Ellendale; daughters: Kathy and her husband, Ross Murphy, of Knoxville, Ten., Deb and her husband, Jeff Schmidt, of Ellendale, and Barb and her husband, Chuck Hagen, of New Richland. There are four grandchildren: Kelly (Drew) Nelson, Tiffany Schmidt, Brett Hagen and Ryann Hagen; two special great-grandchildren: Lily Olson and Elena Nelson. Also surviving are one sister, Shirley (Tyler) Hanson, of Rush City, and brothers: Sam (Sharon) Peterson, of Hope, and Mike (Carol) Peterson, of Citrus Heights, Calif., and many nieces and nephews.

He was preceded in death by his parents and one sister Mary Jane (Milton) Jensen.