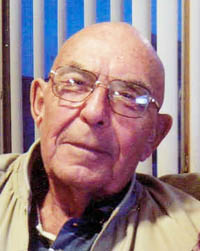 He was born Sept. 2, 1929, in Meyer, Iowa, and moved with his family to Austin. Elmer worked for Kinsmans, served in the Army at Fort Rucker where he was honorably discharged as a sergeant, and returned to Hormel where he finished his 42-year career. He enjoyed his retirement by snow-birding in Florida. When in Minnesota he enjoyed doing handyman auto repairs, wood work and lending a helping hand to neighbors, family and friends repairing lawn mowers and other small engines. He greatly enjoyed growing the garden and sharing social time with friends at the local P-9 support group. He enjoyed repairing model A’s and other cars, transporting his grandchildren to school and sharing a breakfast sandwich with them. He also volunteered his time at the church. In his later years he completed 5k competition walks while in Florida, just because he could. His biggest pleasure was spending quality time with family and friends and helping anyone he could.

He is proceeded in death by his parents, John and Mary; three brothers: Linus, Kenneth and Wilbur; and his sister, Vernetta.

A funeral mass will be celebrated at 11 a.m. Friday at St. Augustine Catholic Church with the Rev. Jim Steffes and Rev. Donald Zenk officiating. There will be a 6:30 p.m. wake service on Thursday at Mayer Funeral Home where friends may call from 4 to 7 p.m. and also one hour before the service at the church on Friday. Interment will be in Calvary Cemetery with military rites by American Legion Post No. 91 and V.F.W. Post No. 1216.